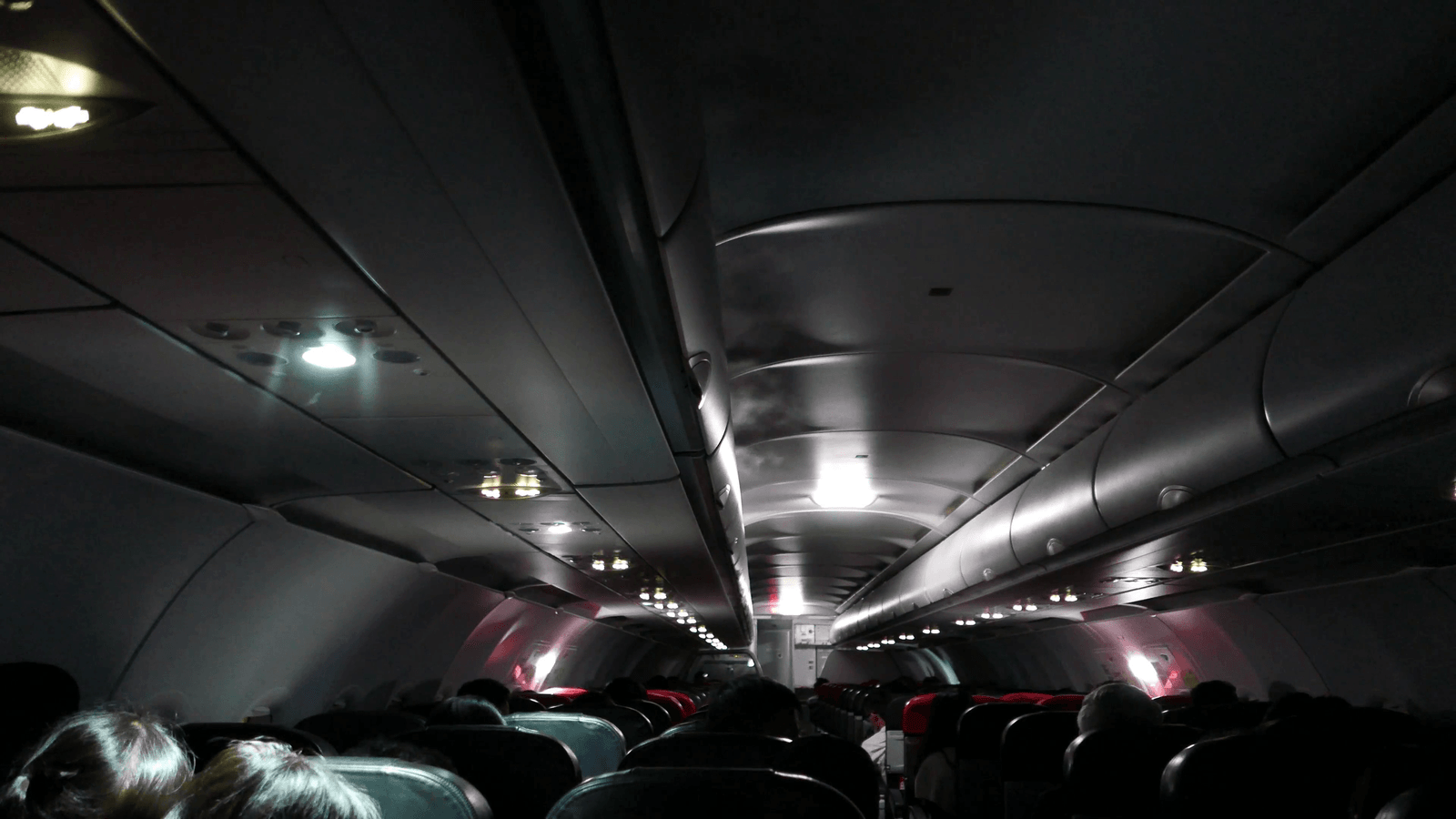 Many may find this weird.

Imagine you are reading a thriller book and the aircraft prepares to land. Suddenly, the cabin lights are dimmed, while you were just on the climax! SO FRUSTRATING!

Dimming the cabin lights would not be significant to us, but is a matter of great concern to the Aircraft & Passenger Safety.

Yes, you read that right. Commercial aircraft dim cabin lights & requests all passengers onboard to open window shades, following a norm of Passenger Safety, as declared by Aviation Industry. (In India, DGCA: Directorate General Of Civil Aviation, Government Of India)

The human body is weird in itself. Talking about the most sensitive sensory organ in the body, our eyes are no less difficult than mathematics in engineering.

In our eyes, there is something called as Accommodation Reflex. This is of a key significance when surroundings are concerned. When our visual field changes from a bright environment to a darker environment,  our eyes take the time to “Accommodate” to that particular field, and vice versa.

Table of Contents show
This is the main reason behind this safety norm in Air Crafts
If that is the case then why are we allowed to keep personal reading lights on? Even during landing?
image source

Before landing (or takeoff), when the Aircraft prepares to land, the cabin lights are dimmed. Human eye takes the time to accommodate the new “darker” visual field. As it does so, the cabin lights are dimmed before landing.  Since now our eyes have adjusted to the darker field, it would not take time for us to react in split second. Especially, in an emergency situation.

Being adjusted and adapted to the darker environment, the passenger would be able to react to any emergency in time.

Imagine that an Air Craft having cabin lights on even during landing faces a fault, which suddenly switches off the whole light circuit! We would become temporarily blind, and won’t have much time to adapt and react to emergencies.

Also, as the window shades are opened, light from outside is allowed to enter the cabin. It may help and guide the passengers in an emergency. However, it will also update them about any situation outside the aircraft (such as fire or something).

If that is the case then why are we allowed to keep personal reading lights on? Even during landing?

Personal Reading Lights are of less intensity, and hardly have a large area of the span. Hence, the visual field might not be much disturbed, even if they are kept on. However, it is advisable to keep them off too.

This safety norm is followed during take-off & landing, as these are the most common events where accidents and mishaps take place.

Now you know why!

Since the first patient of the Human Immunodeficiency Virus (HIV) was discovered, the virus has stuck around with its troubles and all. It had...
Read more

Pistachios are not just the most addictive of all nuts but an excellent source of dietary fibers, healthy fats like MUFA (Monounsaturated fatty acids)...
Read more

Mukbang and ASMR eating has been the ongoing trend of this "new generation," which is usually on the phone screen, scrolling through social media...
Read more
Previous article
Did You Know About The Perfume City Of India ?
Next article
This Diwali, Try These Amazing Cooking Hacks And Thank Us Later

The Mystery Behind The Crooked Forest – 4 Proposed Explanations

15 Benefits Of Cucumber For Healthy Skin And Hair

Agatha Christie Is Known As ‘The Queen of Crime’. Now You Need To Know Why!