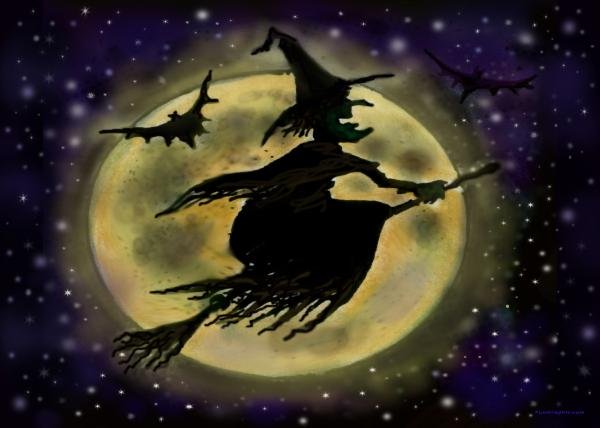 I have always been a Harry Potter fan. From reading all the seven books to watching all the eight movies, this franchise has given me more than just memories. In fact, like any other pre-teen, I was mesmerised by the enchanting world that unfolded right in front of me on the big screen for the very first time. Yes, if this is not loving at first sight, then nothing is. The Harry Potter franchise changed the perception of witches and wizards. However, not always has the world been lenient towards the witches. Continue reading to find out…about the witchcraft and witch hunting stories!

One of the most outstanding witch-hunting trials of the 15th century revolves around Eleanor Cobham, the Duchess of Gloucester.

In 1441, Master Roger Bolingbroke, a scholar, astronomer, cleric and supposed necromancer (someone who communicates with the dead), and Master Thomas Southwell, a canon at St. Stephen’s Chapel at Westminster, became the talk of the town. They, along with Margery Jourdemayne, also known as ‘the Witch of Eye’ and notorious for selling potions and spells, were arrested for employing magic to kill Henry VI.

Allegedly, they made a wax image of the King and “by their devilish incantations and sorcery they intended to bring out of life, little and little, the King’s person.”

Bolingbroke accused Eleanor of making them do this. The three arrested people were later found guilty. In the Churchyard of old St. Paul’s Cathedral, Roger was made to stand on a stage, and a sermon was preached against sorcery. Also on display were the wax image and his other magical paraphernalia.

Eleanor escaped to Sanctuary at Westminster. However, she was traced and taken into custody. She admitted to 5 charges out of 28. She pleaded that she had hired the magicians to use their magic to have a child with the Duke. But, she was found guilty of sorcery and witchcraft. Furthermore, her allies accused her of being the “cause and doer of all these deeds”.

Finally, Bolingbroke was convicted of high treason and hanged, drawn and quartered. Southwell died in the Tower of London. Margery was burned at Smithfield, either as a a female traitor or a heretic. Eleanor Cobham was imprisoned for life.

The First English Woman To Be Executed For Witchcraft

Elizabeth Frauncis confessed to having a white-spotted cat called Satan. She had received the cat from her grandmother. Also, her grandmother had taught her witchcraft when she was only 12-years old. She claimed that she had given her blood to the Devil. Allegedly, she spoke to Satan in exchange for drops of blood. Also, it is believed that the cat helped kill people, terminated pregnancies and instigated her to steal cattle.

Agnes is deemed to have taken Elizabeth’s cat in exchange for cake. She tested the cat by having it kill one of her pigs. After an argument with her neighbours, she purportedly used the cat to kill their cows and geese. She rewarded it with chicken and drops of her blood.

A neighbour’s child refused to give food to Joan Waterhouse. So, Satan, in the form of a toad, offered revenge in exchange for her soul. She agreed to the bargain. Satan, now in the shape of a horned dog, tortured the child. The child testified that the dog asked her for butter (REALLY??). When she refused, she was cursed by Satan that she would die. When the child inquired who Satan’s “dame” was, he indicated that it was Agnes Waterhouse. Thus, the conviction of Agnes was confirmed.

Frauncis was imprisoned. Joan was found not guilty. Two days after her trial, Agnes Waterhouse was executed for murdering by witchcraft. In her final words, she said that she had prayed often, but always in Latin. Satan prevented her from praying in English.

Two elderly widows headed two families in Pendle. Old Demdike (Elizabeth Southern) and Old Chattox (Anne Whittle) were their nicknames. These two families became the cynosure of attraction (rather, disdain) in August 1612. It all started like this –

In March 1612, Alison Device met John Law, a pedlar. She asked him for a pin. Law refused to give her one. Later, he was gripped with paralysis on one side. People suspected Device of employing witchcraft.

The magistrate, Roger Nowell, interrogated Alison. She confessed to making a pact with the Devil under the instruction of her grandmother, Old Demdike. Alison also accepted that she had bewitched Law for revenge. She also accused Old Chattox of being a witch. Soon the entire town started making similar allegations on the rest of the members of the two families. In all, the number of arrests was 19.

The trial was presided over by Judge Bromley and Judge Altham. Also, they were assisted by Lord Gerard and Sir Richard Hoghton. The prisoners had no defence counsel and were not allowed to call any witnesses.

Along with the Pendle witches, the Salemsbury witches were also tried. Most of the allegations made by the witnesses were either false or based on rumours and idle gossip. The Pendle witches even confessed to having attended a meeting of witches at Malkin Tower, Pendle Hill on Good Friday that year.

Consequently, at the end of the trial, a gallows was erected on the moors above Lancaster. On 20th August 1612, two men and eight women were hanged there. All of the Salemsbury witches were acquitted.

Read Also – If You Knew What This Horrific Killer Did To His Victim’s Bodies, You Would Be Terrified!

Illinois is a wonderful place to live. Residents can choose between the big city of Chicago and small-town life, and with three distinct seasons,...
Read more

These Baby Facts Will Make You Know Them Better Than Ever

Baby Facts Who does not like the company of a baby? Babies are a cute and adorable bundle of joy. But many people do not...
Read more

These Fashion and Beauty Trends can cause Lifelong Harm!

Isn't it the truth that we all love to flaunt the latest in fashion and look our best? But, some fashion trends can be harmful...
Read more

Mukbang and ASMR eating has been the ongoing trend of this "new generation," which is usually on the phone screen, scrolling through social media...
Read more
Previous article
The Curse Of The Egyptian Mummies
Next article
Do You Know The Different Kinds Of DUCKS In Cricket? Find Out Here…