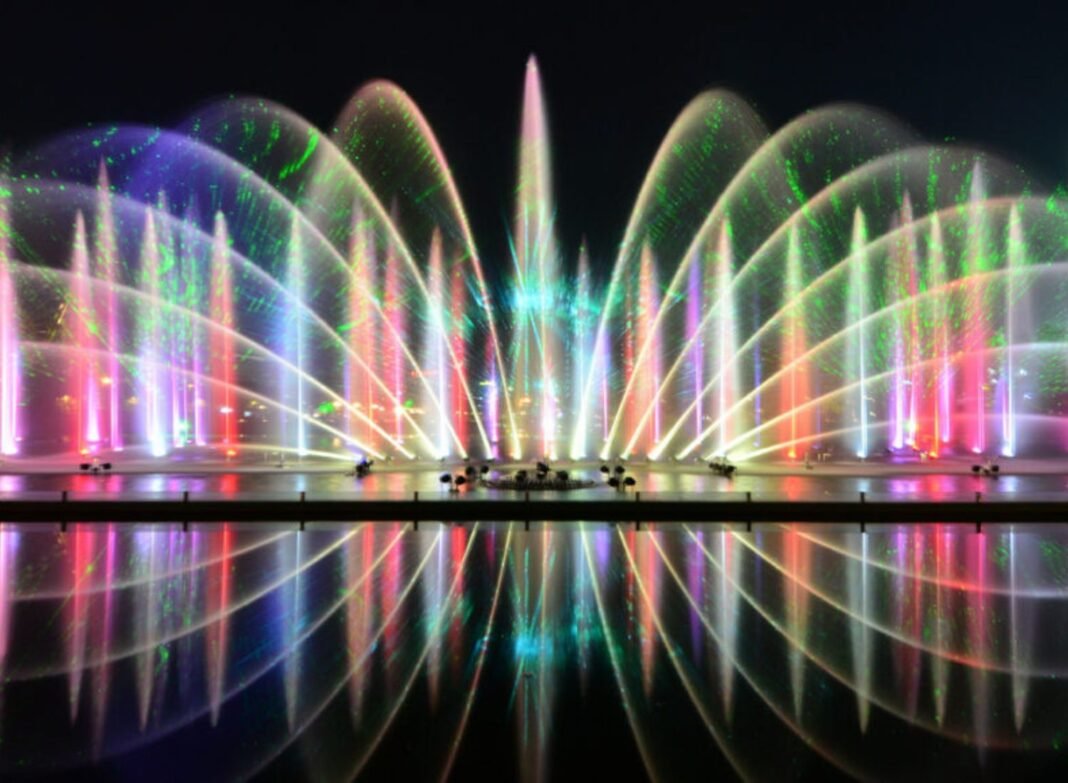 Regardless of where you go in the world, you’re sure to come across spectacular dancing fountains that truly are a feast for the eyes. There’s something quite magical about a water show and many draw in tourists from around the world to witness the spectacular movements of water in its full glory. Water shows make the perfect backdrop for your holiday snaps, or even as an activity to pass the evening – and the good news is that the majority are free of charge to spectate.

Here Are Some Of The Most Famous Establishments With Elaborate Dancing Fountains:

If you truly wish to see one of the most spectacular water shows in the world, Dubai Fountain in downtown Dubai is an attraction you can’t miss. It’s situated on a 30 Acre Burj lake (the area of 17 football pitches) and dances to a selection of upbeat tunes. The fountain is comprised of over 6000 WET coloured lights which cleverly create over 1000 different water actions – so be sure to whip out your camera and capture the magic.

Located at the famous Bellagio Hotel, the Bellagio Fountains have become one of the most popular tourist attractions in Las Vegas. More than one thousand water jets spray at height in front of the hotel. The spectacular water show is located on an 8.5 Acre lake and is illuminated with over 1500 vibrant lights. You can create your very own Bellagio-inspired display at home with Water Garden.

If you’re heading to South Korea, you simply can’t miss a visit to the renowned Banpodaegyo Bridge Moonlight Rainbow Fountain in Seoul. It is recorded as the longest bridge fountain in the world, located on Banpo Bridge over the Han River. The fountain compromises 380 water nozzles on either side of the bridge, alongside 10,000 LED lights which move in sync with the beat of the music. Although the fountain performs during the daytime, we’d highly recommend waiting until the sun goes down to capture the best visual experience.

Each year, Sydney holds its annual festival of light, music and ideas during May and June. The city comes to life with impressive 3D light shows alongside magnificent water displays. This year, the festival held ‘Sydney Infinity’ on Darling Harbour, made up of 250 metres of automated fountains dancing to music, simultaneously lit by thousands of colourful LED lights.

Situated in Montjuic in Barcelona, the Magic Fountain show is certainly a bucket-list attraction for tourists heading to the city. Designed in the 1920s by Carles Buïgas, the fountain was brought to life in the 1980s with the robotic fountains alongside the dazzling light show, which remains to this day. In the past, the show has been set to famous soundtracks, including the likes of Lord of the Rings and The Godfather.

Addiction is a problem that happens when someone is not able to control his/her habits to stop doing something for too long. In addition,...
Read more

All Locked Up: Essential Things That You Should Keep In Your Sentry Safe

The security of valuable items is of paramount importance. The world is full of people with ill intent and it is important to ensure...
Read more

Nowadays the word ‘grooming’ is very common. It is inclusive of a large variety of things. Precisely speaking, it has three key concepts -...
Read more

A mommy makeover is a popular cosmetic surgery procedure that many women choose after pregnancy and childbirth to restore their pre-pregnancy body shape. The...
Read more
Previous article
Top 20 Benefits Of Internet Marketing
Next article
Kalika Hair Oil: A Miracle For Grey Hair

5 Pair Of Sneakers That Have An Evergreen Style