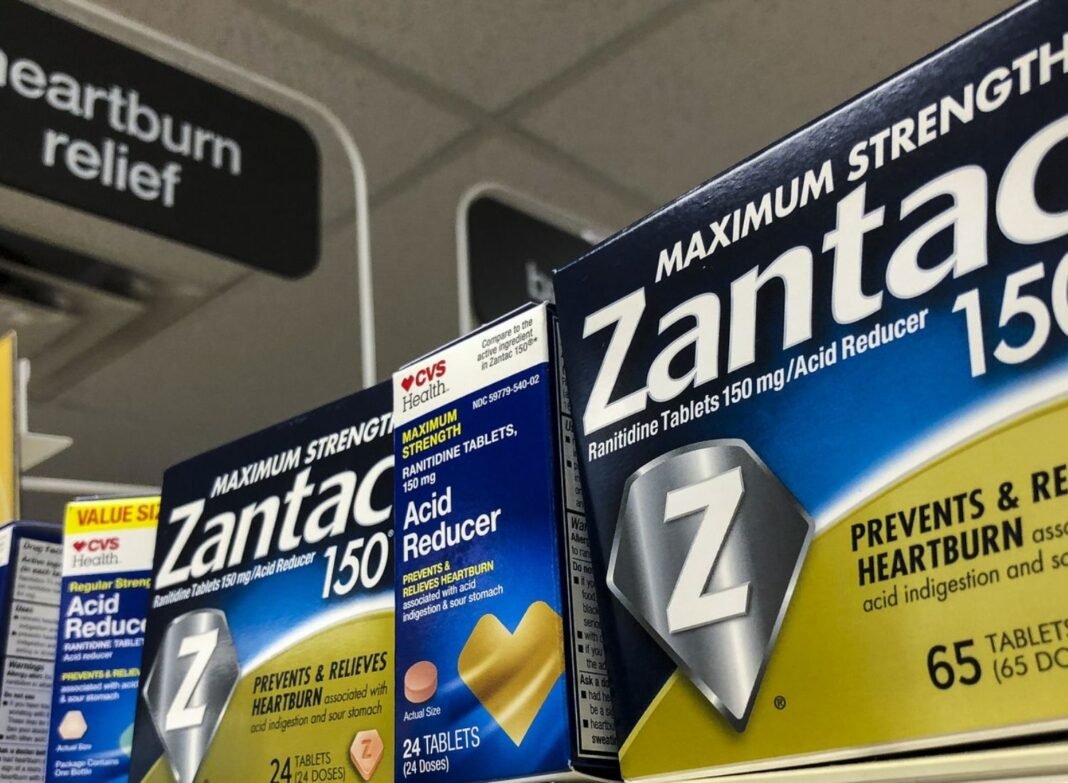 Ranitidine, also known as Zantac, is a medicine that reduces stomach acid production. Peptic ulcer disease, Zollinger–Ellison syndrome, and gastroesophageal reflux disease (GERD) are among the conditions for which it is commonly prescribed. It can be administered orally, intramuscularly, or intravenously.

In addition to acid indigestion, Zantac is used to treat heartburn and stomach ulcers, among its most common uses. It belongs to the H2 blocker class of medicines. H2 blocker medicines, also known as H2RAs or H2 antagonists, are a type of medication that prevent histamine from acting on the parietal cells of the stomach’s histamine H2 receptors. This reduces the amount of stomach acid produced.

Zantac ran into trouble when the FDA issued a recall after the carcinogen(cancer-causing element) NDMA was discovered in ranitidine-based Zantac. Zantac has been linked to cancer of the pancreas, and that’s when its troubles began. It was first discovered that NDMA, found in Zantac, may be a carcinogen back in 2008.

The FDA announced in late 2019 that it was investigating claims that Zantac (ranitidine) was heavily contaminated with NDMA based on research from an independent lab. When exposed to duplicated abdomen circumstances, ranitidine generated nearly 304,500 ng of NDMA per tablet.

It culminated in a situation where one could not buy it over the counter after April 2020. Today, Zantac is again available for sale over the counter but as Zantac 360, which has a new formula.

Before we talk about Zantac and its links to pancreatic cancer — its biggest problem ever — let’s take a look at some other side effects of the same.

Side Effects Related To Zantac

Some of the most common side effects associated with Zantac include nausea, stomach pain, vomiting, diarrhea, and constipation. In some cases, it can also lead to a headache.

But there are some relatively serious side effects linked to Zantac. These include:

If you experience any serious side effects, such as easy bleeding/bruising, evidence of infection such as a persistent sore throat, chills or fever, or mood abnormalities such as confusion, uneasiness, hallucinations, or depression, contact your doctor straight away.

Note that if your doctor has prescribed this drug, keep in mind that they have determined that the benefit to you outweighs the danger of adverse effects. Many people who take this drug don’t experience any major adverse effects.

Warning and Precautions For Zantac

The drug’s label states that Zantac (ranitidine) is excreted through the kidneys and processed by the liver. Therefore, anyone with kidney disease, reduced renal function, or liver difficulties should tell their doctors about their condition.

Furthermore, persons with a history of acute porphyria should not take Zantac with ranitidine because it may provoke severe attacks.

Concerns about Zantac’s cancer risk originate from a possible link between ranitidine and its capacity to produce NDMA. Some research dating back to the 1980s suggested a relationship between the medication and the production of NDMA.

Cancer has been linked to Zantac tainted with NDMA (N-Nitrosodimethylamine), a carcinogen. Bladder cancer, prostate cancer, colon cancer, and pancreatic cancer are among the cancers that are thought to be caused by Zantac. Because of the probable cancer risk, Zantac products were pulled from the market in April 2020, as has been mentioned above.

So far, approximately 500 federal Zantac cases have been filed in federal court in Florida against the anti-acid drug manufacturers. These lawsuits allege that Zantac caused a variety of cancers and that the drug’s manufacturers failed to warn the public.

But, it is noteworthy that there is extremely minimal proof that NDMA in Zantac causes cancer, and experts have yet to calculate the absolute risk.

If you have been diagnosed with cancer after the ingestion of Zantac, tell your doctor about the history of your Zantac usage. Keep your doctors’ notes and prescriptions and all the necessary records that indicate the cause of your cancer is Zantac consumption. You may file a lawsuit against the Zantac manufacturers and distributors and claim compensation for it.

Zantac is a very popular drug for treating stomach acid production. This article throws light on its uses, side effects, warnings, and precautions. We have also taken a look at Zantac and its links to cancer.

If, after reading this article, you find yourself doubting all the medication in your medicine cabinet, don’t worry. There are natural remedies available for most of the common ailments we know today. For instance, you can use Kratom for managing pain and similarly, eating yogurt and legumes can help you avoid acid reflux, eliminating the need of taking medicines like Zantac.

When it comes to growing your business, marketing is your best friend. Through marketing, you’re able to flaunt your products and services to the...
Read more

Ever stopped to wonder what our life really is? What is its meaning? Why do the same things have different values to different people? Where...
Read more

Mukbang and ASMR eating has been the ongoing trend of this "new generation," which is usually on the phone screen, scrolling through social media...
Read more
Previous article
Changes that the Internet of Things Will Bring
Next article
Are Bluetooth Bike Helmets worth it?