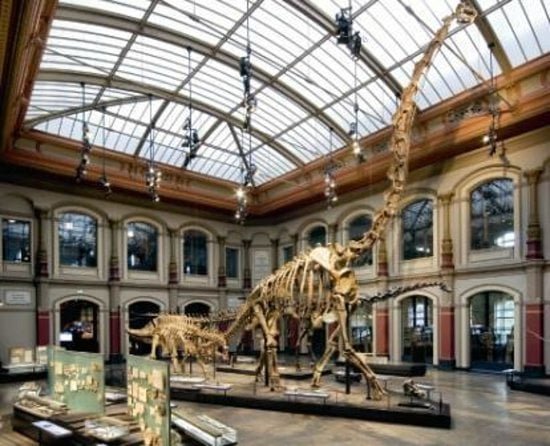 You may have visited many museums, and you may have come across many sculptures or portraits or paintings that are decades or even centuries old. Many historical pieces of art are kept for public attraction. They are preserved with intensive care and maintained under vigilance. But, have you ever wondered, if you accidentally trip onto any of this priceless artwork and result in breaking them? But not much happens after this!

Read Also: A Night At The Museum: 10 Museums That You Will Never Want To Leave

There are two reasons why it is no big deal: one is that museums have a right insurance cover for any such loss. Second, the people who own the museum understand that such kind of accidents may happen. Many such cases are also reported where no charges were pressed against individuals who accidentally damaged a piece of artwork. Instead, the worst that could occur in this instance is that you will be banned for a lifetime from the museum.

Table of Contents show
Here’s one such case
Destroyed Masterpiece of $1,500,000!
Image Source

Here’s one such case

For example, Nick Flynn, a man who tripped over his shoelace and broke 17th-century vases worth 175,000 Euros. He damaged three of them, and Fitzwilliam Museum in Cambridge only banned him for a particular period. They warned him with a notice saying, ‘do not enter the museum and do not visit the museum soon’. Yes, that is it! He wasn’t even permanently banned from the museum. It was just a temporary thing. Also, the museum didn’t even reveal his identity to save him from embarrassment.

Another incidence is of a 12-year-old boy who fell on a 350-year-old painting, worth $1,500,000. It was a painting Flowers by Paola Porpora. The organisers of this exhibition ensured that the kid or any of his family members are not to be blamed and they are not liable to pay any penalty. In all such similar cases, no charges were put on the person who accidentally damaged something in the museum. They were forgiven considering this as an honest mistake.

Read Also: India Has An International Museum Of Toilets That Will Steal Your Breaths Away!

A pet psychic, animal whisperer or animal communicator is a person who claims that they can communicate with animals. So, are they real or it’s just a...
Read more

Change is the only constant of life. As humans, we lead a dynamic lifestyle where our tastes and preferences keep changing. And aside from...
Read more

In a recently published in the journal study of Cell Metabolism, researchers have concluded that mice, who cannot smell their food do not gain weight! The...
Read more

Mukbang and ASMR eating has been the ongoing trend of this "new generation," which is usually on the phone screen, scrolling through social media...
Read more
Previous article
Does Smelling Food Causes Weight Gain?
Next article
This Is What Makes Louboutin Shoes Different From The Others