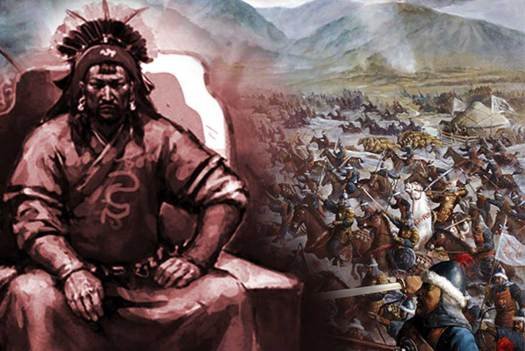 We all know Genghis khan as the mighty ruler who gained power in no time. He and his sons won over the world, with their powerful army.

In that ruling process he did some of the most dreaded things possible. Also why he called as the inhumane or the human genocide.

Table of Contents show
Genghis Khan Had Molten Silver Poured Into an Enemy Leaders’ Eyes and Ears
While Massacring a City and its Population, he Declared Himself Sent by God to Punish Them
He Beheaded People For Being Over 90 Centimeters (3-inches) Tall
His Victims’ Bones Were Mistaken For Mountain
He Exterminated 1.7 Million People To Avenge One Person
He Diverted A River Through An Enemy’s Birthplace To Erase It Off The Map
His DNA is still present in the current human race
Some of the craziest facts about Genghis Khan

A large city led by a noble named Inalchuq was in the way of the khan’s conquest. Years before, he had sent a large caravan of 500 men in the hopes of creating more trade routes in the region, to which Inalchuq denied the khan’s peace offering completely.

The khan went on a rampage and killed the hated leader by having molten silver poured into his eyes and ears. This is perhaps one of the oldest examples of someone being brutally punished for shooting the messenger — something the khan clearly would not tolerate.

While Massacring a City and its Population, he Declared Himself Sent by God to Punish Them

He had just come from the city of Otrar, where he had killed Inalchuq with molten silver — in his rage he also declared to the inhabitants that he had been sent by God himself to punish them. He then absolutely annihilated all of the population and wiped the city off the face of the earth.

He Beheaded People For Being Over 90 Centimeters (3-inches) Tall

When Genghis Khan was 20, he led an army against the tribe that killed his father and got his revenge. The Tatar army was crushed, and Genghis Khan set about exterminating the people in an incredibly unusual way.

Every Tatar man was lined up and measured against “the linchpin of a wagon,” which is the axle pin in the middle of the wheel. Anyone who was taller than these pins—which were 90 centimeters (3′) high—was to be beheaded.

His Victims’ Bones Were Mistaken For Mountain

The Mongols had made their way to Zhongdu (now Beijing). The city walls were 12 meters (39 ft) high and stretched 29 kilometers around the city. It seemed impossible to get in, so they didn’t try.

Instead, the Mongols starved Zhongdu out. By summer 1215, the people there were so hungry that cannibalism was running rampant inside its walls. Finally, they surrendered, and the Mongols sacked and burned the city.

The massacre was horrific. Months later, a passing eyewitness wrote that “the bones of the slaughtered formed white mountains and that the soil was still greasy with human fat.” take a look at the real image, from the past:

He Exterminated 1.7 Million People To Avenge One Person

One of Genghis Khan’s daughters loved her husband, a man name Toquchar. Genghis Khan loved him, too, as his favorite son-in-law.

When Toquchar was killed by an archer from Nishapur, his wife demanded vengeance. Genghis Khan’s troops attacked Nishapur and slaughtered every person there. By some estimates, 1,748,000 people were killed.

Women, children, babies,  were tracked down and murdered. Then they were beheaded, and their skulls were piled into pyramids—a request by Genghis Khan’s daughter to ensure that no one got away with a simple wounding.

When Genghis Khan found the Muslim kingdom of Khwarezmia, he did something unusual: He took the peaceful route. A group of diplomats were sent to the city, hoping to establish a trade route and diplomatic ties.

The governor of Khwarezmia, though, didn’t trust them. He thought the diplomats were part of a Mongolian conspiracy and had them executed. He killed the next group they sent, too.

Genghis Khan was furious and faught. Even after he’d won, Khan sent two armies to burn down every castle, town, and farm they found to make sure that no hint of Khwarezmia survived.

According to one story, he even diverted a river to run through the emperor’s birthplace, just to make sure it would never appear on a map again.

His DNA is still present in the current human race

he blieved that a man could be measured by the omber of children he fathered. his harem included thousand of high-born women and hence he had many children.

Due to which even today 5 out of every 200 men are aid to have his DNA. interesting right?

Some of the craziest facts about Genghis Khan

He is considered as the strongest military manipulator and commandant in the history of history.

also, the historian’s calculations tell us that he killed about 40 million people.

n 1204 after a great victory, he was named Genghis Khan, which means “the universal leader for right and just”, his real name was Temujin khan.

He killed his brother when he was 15 years old, just because caught him stealing food.

He conquered more territories in 25 years than the Romans ever did in 400 years.

When he was born in 1162, he had a blood clot in his hand, which was a sign to represent that he would become a great ruler, he was not a high born.

The exact cause of his death remains a mystery and is variously attributed to being killed in action against the Western troops, illness, falling from his horse, or wounds sustained in hunting or battle.

He died in 1227 and was buried in an unmarked grave, and everyone who knew about his grave was killed, so as to keep it a secret, though his grave was discovered in 2004.

YOGURT OR CURD! Confused? Here Are Some Intriguing Facts!

Yogurt or Curd is relished by most of us and is a crucial part of our diets but there might be an occasion when...
Read more

Everyone wants glowing skin. Nobody wants their skin full of acne, pimples, suntan, dark circles, etc. Nobody has enough time to take care of...
Read more

Throughout our history, humans have produced some amazing things. From pyramids to rockets, our innovation and skills have been displayed in thousands of texts,...
Read more

Sex chat with strangers can be an exciting and interesting experience. It's a great way to explore your fantasies, broaden your knowledge, and learn...
Read more
Previous article
Have A Look At These Indian Brands With Foreign Names!
Next article
Some Bizarre Laws From Around The World!