How Well Do You Know About Dreamcatchers And Their Origin? 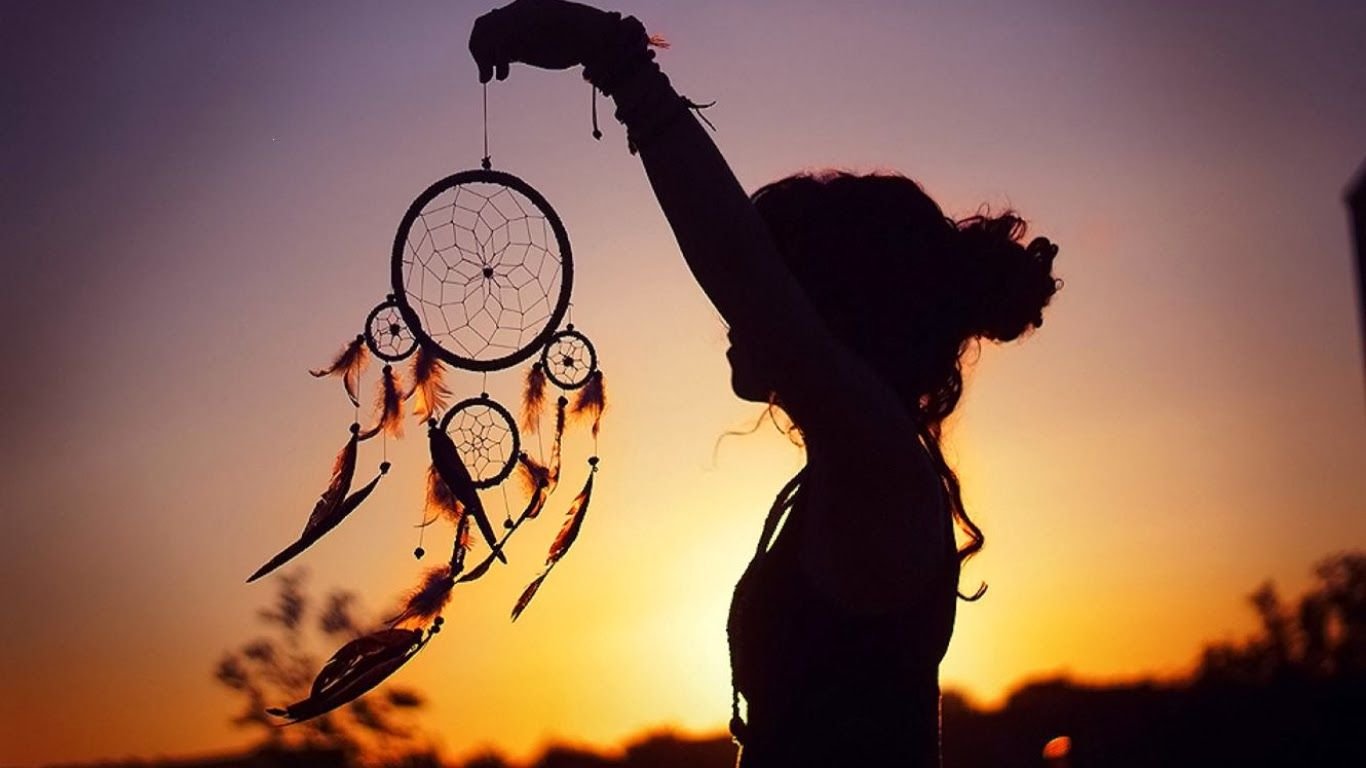 Aren’t dreamcatchers fascinating?
Maybe that’s why people all around are so obsessed with it. But you know what’s more fascinating, the story behind this handmade willow hoop – its power and the magic.

Now that dream catchers have become a significant part of Bohemian fashion; they are available in all kinds of designs, sizes, and color. But do they really catch dreams?

Table of Contents show
THE DREAMCATCHER LORE
How did it work?
PAST AND PRESENT
Read also – Dreams: Why you Remember and why you Forget
Image source – WallpaperCave

The dreamcatchers had their origin among the Native American tribes chiefly by the Ojibwe nation; like a charm to protect sleeping people usually children from nightmares. According to the legend, the mystical Spider-women, popularly known as (Asibikaashi) first created it; also the spiritual protector of the tribe (especially for the young kids and infants). Gradually as the clan dispersed to the four corners of North America, it became difficult for her to protect her people. This was when mothers, sisters, and grandmothers started weaving the magical web to give their children peaceful and beautiful dreams.

How did it work?

The spider web design of the dreamcatcher, when hung above, attracted all sorts of dreams and thoughts to its web. The dreamcatchers would trap the bad dreams in its web while letting the good and positive dreams to come through. It was believed, that all evil thoughts were destroyed with the rise of the sun. All its different parts have a significant meaning behind them, tied to the natural world.

These symbols of positivity have gone through several variations since generations. There is a whole lot of difference between the traditional and modern dreamcatchers; not only regarding how they are used but also how they are made. Where the Native American’s were concerned with the spiritual belief of it; for the millennials, they have become a symbol of cultural appropriation mainly used for decoration, and sometimes even as accessories. For a few, they are totems that represent good energy and help to neutralize lousy power.

In the olden days, dream catchers were woven with twigs, sinew, feathers and bits and pieces of everyday life in contrast with the dreamcatchers today that is made of plastic or metal. But that is now how it should be. A dream catcher should be made of products that are a part of the circle of life and not mere human-made materials, for it to work. Yes, dreamcatchers are definitely things that can bring in positivity in life and peace to you, but in the end, ONLY AN OPEN-HEART CAN CATCH A DREAM.

Read also – Dreams: Why you Remember and why you Forget

14 Effective Home Exercises on How To Burn Belly Fat

Here’s a situation many of you have faced. You’re out shopping, and you see a beautiful dress. You try it on and realize it...
Read more

The only thing I need in the morning is a cup of coffee to get through the rush and humdrum of the upcoming day....
Read more

Did you just see your clock strike at 11:11 again? Do you feel it too? Do you also start feeling a magical spark within your...
Read more

Mukbang and ASMR eating has been the ongoing trend of this "new generation," which is usually on the phone screen, scrolling through social media...
Read more
Previous article
Why Is Stepping On Money Is Forbidden In Thailand?
Next article
Great Barrier Reef: Near Death To Earth’s Largest Biodiversity

Liquid Diet For Weight Loss – All You Need to Know!