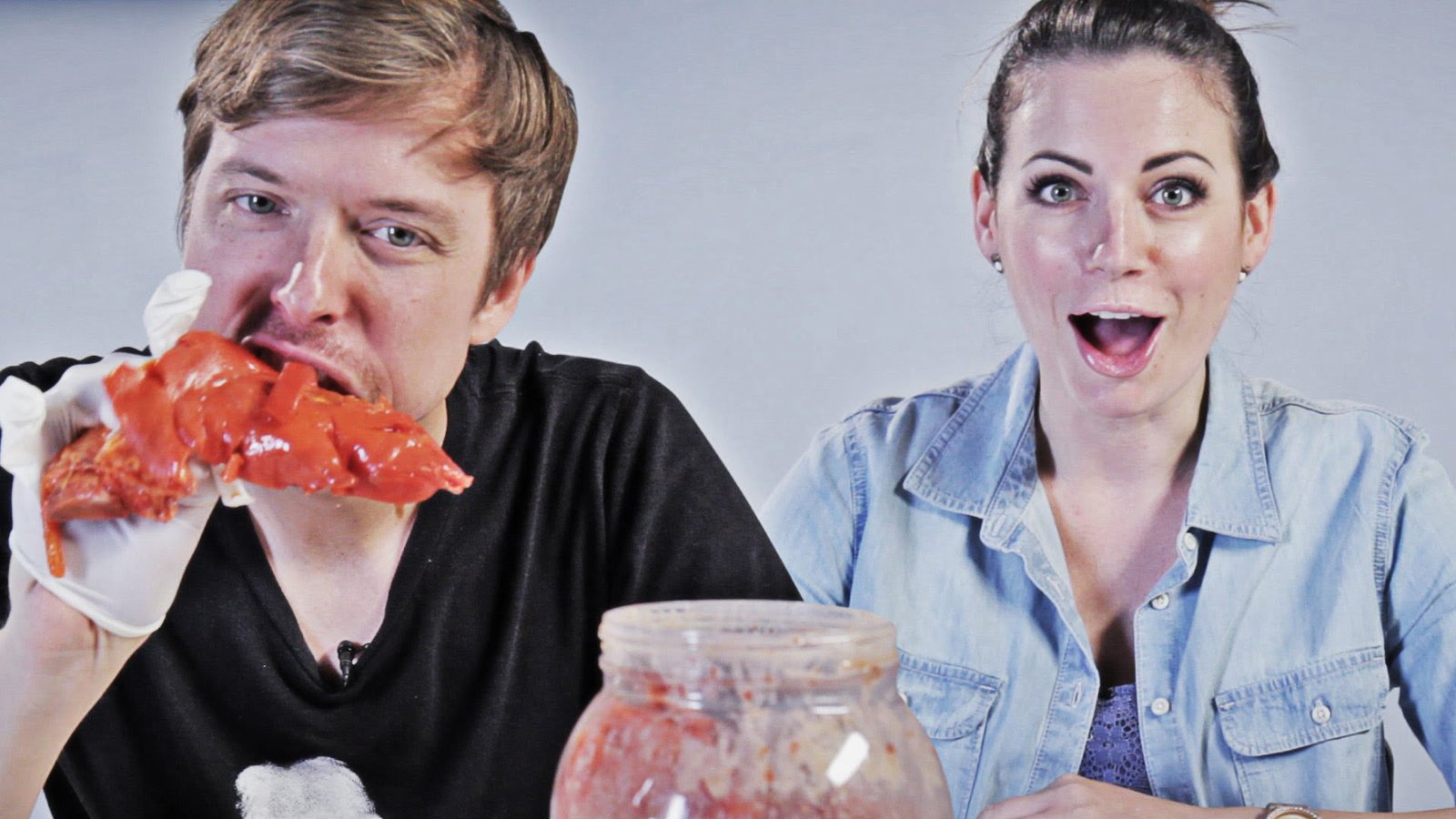 Food gives nutritional support which allows a person/animal in maintaining life and growth. It is very delicious and has a wide variety too. Every corner of the world has different choices in terms of food. Each area of the world is famous for its own delicacy. But unfortunately, the world isn’t only full of amazing food. Hence, we have found out some weirdest food eaten around the world that will blow your mind. Check out of these –

It is a bizarre food mostly eaten around in Sikkim among the Lepcha community. This delicacy is prepared in many ways and it is also believed that the dish has some medicinal properties. The dish is said to cure many stomach related diseases.

These are grasshoppers or crickets which are usually fried, seasoned with salt, pepper, chillies and Thai sauces. It is a very famous yet weirdest insect snack food eaten in Thailand.

Another weirdest food we have come across is guinea pigs which are served whole and roasted. It is a dish which is enjoyed in South America. It is said that the guinea pig tastes similar like rabbits.

Balut is a very popular food in South Asian countries. It is a fertilized duck egg which is hardboiled or steamed and served. This is very common as a street food in Philippines.

It is a biscuit filled with wasp. The crispy wasp crackers are famous in Japan. It is basically boiling, drying the wild wasp and putting them into the cookies instead of chocolate chip.

Dog meat is widely popular among the people of tribal communities of Nagaland and Mizoram. The meat is not only famous there but also in countries like China, Indonesia, Taiwan, Switzerland, South Korea, Mexico and the Philippines. Sounds really weird? Yes, true it is.

Sounds weird and wacky? It is very much. Tuna eyeballs are the eye of tuna fish. This dish is quite uncommon in most parts of the world. But the dish is very famous among people of Japan and China.

It is a traditional dish from Turkey, East Europe and the Middle East. Khash soup is also very famous and relaxing in cold weather. Khash is a stew of cow or sheep parts, which includes its head, feet and stomach.

Rishika Dobhal, a recent graduate in Business Management is an amiable person. And is currently pursuing Master Certification Course In Digital Marketing. She believes in celebrating womanhood by writing mostly about woman empowerment. Her writings have shown every woman, her eternal power to dream big and achieve it through constant hard work. She strongly stands against women being judged, stereotyped and objectified.