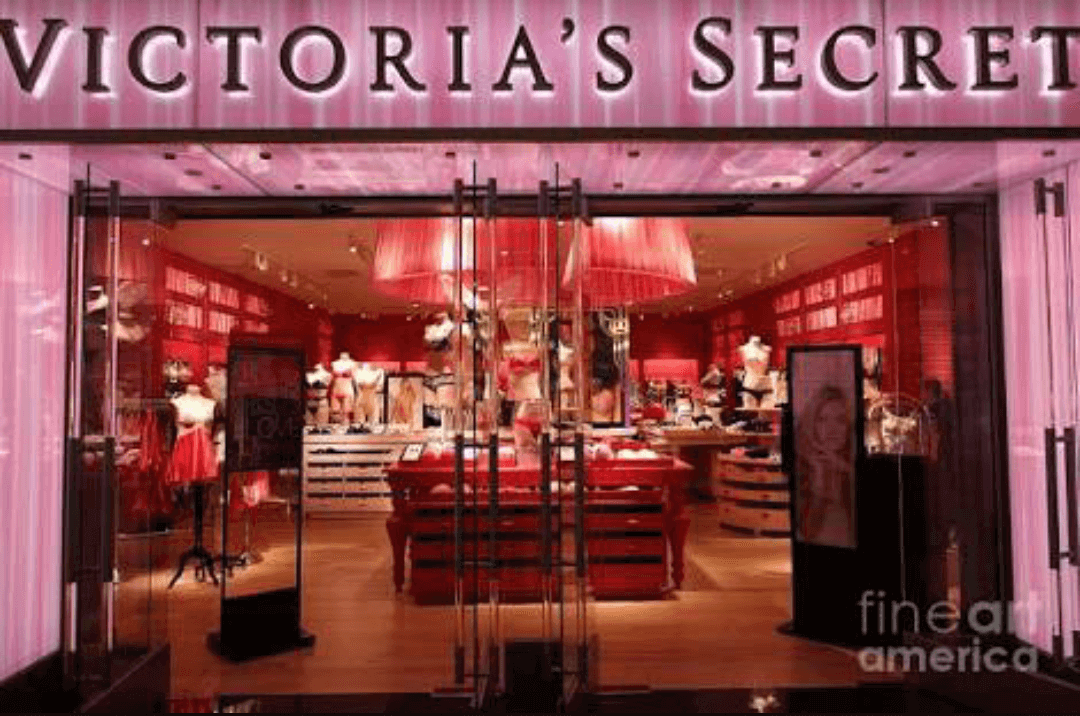 Victoria’s secret is one of the most renowned and the glamorous brands to ever exist. Very few people know how it actually came into existence. A man named Roy Raymond went to buy lingerie for his wife. The saleswoman in the store kept giving him disapproving looks making him feel unwelcome in the store. That’s when he decided to start a brand/store where men would feel comfortable buying lingerie. Along with his wife Gaye, he started the now world-famous Victoria’s secret. It took him eight years and big loans to startup. The first ever store locates in Stanford Shopping Center, California in 1977.

Who is Victoria and what is her secret? Raymond named the brand as a tribute to Queen Victoria of the United Kingdom to bring back the style and elegance from the Victorian era. The “secret” was what was hidden underneath the clothes.

In 1982 he sold the company to Leslie Wexner, creator of Limited Stores Inc, for 1 million dollars. Under him, the business blossomed from a three-store boutique into a 346 store retailer. The brand sells a wide range of products like lingerie, perfumes, sportswear, sleepwear, creams, accessories, etc.

The Victoria’s Secret fashion show is the most happening event of the year. The first show took place in 1990, but it wasn’t aired. In the year 1999 and 2000, the show was webcast. Best models from all around the world are roped in, and they are called as Victoria’s Secret Angels. The show is now a big event with celebrities performing on stage as the models walk the ramp in their lingerie, showing off their elaborate wings. The average retirement age for the models is as early as 28 years.

The planning is very meticulous and takes almost a year. The fashion show costs around 12million dollars but the 2016 fashion show was the most expensive one, costing 20million dollars. But it is nothing compared to the company’s net worth which is in billions.

The fashion show is actually filmed twice. The TV show is then put together with the best footage from both shows. There is a rumor that the models fight with each other for the outfits and the largest wings. Most ponderous wings, weighing 60 pounds were sported by Alessandra Ambrosio when she was four months pregnant. Heidi Klum was given the honor of flaunting the largest sides.

Read also: Know About The Amazing Fashion Trends Of Autumn-Winter 2017

Every year the company makes a contract with a renowned jewelry designer to craft what they call as the fantasy bra. These bras are studded with diamonds and different kinds of gems and sold for millions of dollars. The most expensive one was 15 million dollars making its way into Guinness book of world records. One model is chosen to flaunt the fantasy bra in the fashion show. Many times the million dollar fantasy bra is not even sold. It has to be dismantled.

Lots of people had an issue with how the size zero was made a perfect size and how it set unrealistic goals for all the girls out there. So much so that when they launched their ‘perfect body ‘ ad campaign, lots of people protested against it and the brand was forced to change the ad to ’ a body for everybody.’ They have been accused of photoshopping as well.

In spite of the criticism, Victoria’s secret continues to be one of the most sought-after brands, and a dream of every girl to own atleast one product from their fantastic collection.

Read also: 12 Fashion Comebacks That Will Make You Have Deja Vu

Last-Minute Summer Beauty Treatments To Have You Summer-Ready

Summer is finally here! Can you believe it? We’ve been waiting for it for pretty much a year and now here it is again. Exciting, right? I...
Read more

Memes Are The New Way Of Life

What is a meme? The word meme is derived from the Greek word “mimēma” meaning imitation. Social media plays an essential role in the production...
Read more

Mukbang and ASMR eating has been the ongoing trend of this "new generation," which is usually on the phone screen, scrolling through social media...
Read more
Previous article
Important Health Facts People With Diabetes Should Know
Next article
The First-Ever Western Autobiography

How to find a Cross-Country Moving Company?