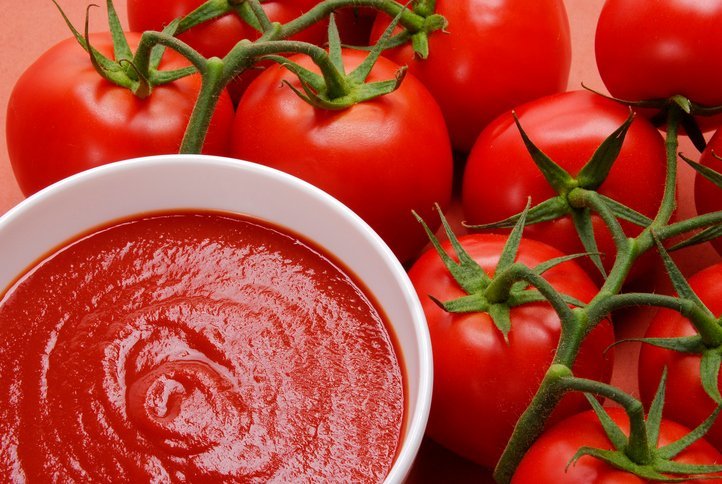 Standing in the queue of a regular fast food joint, I see every single person trying to sabotage that one bottle of red goodness a.k.a tomato ketchup. This makes me wonder on the lines, that we basically know nothing of its origin and history. That day, I decided to divulge into the history of tomatoes and it turned out to be very colorful, quite contradictory to its monotone color, I might add.

Any fast food joint of the modern era, cannot function without Tomato Ketchup. This tomato-based concoction has made its way into the life of every junk food lover. Do you know how hard was the early going for this worldwide loved concoction? Well, not being dramatic or anything, just like any other startup even this industry had its own ups and downs along the Topsy-Turvy road of stardom.

Ketchup earned a nasty reputation in 1860, when unscrupulous makers used excessive preservatives and coal tar to give the condiment it’s iconic red coloring, You see, fellow netizen’s food coloring is also not as modern an invention as we take it to be. In 1866, French cookbook author Pierre Blot penned something against ketchup, calling it “filthy, decomposed and putrid” and stating his convictions that “many cases of debility and consumption” come from “eating such stuff.” Yikes! think about the uprising it would have caused.

You can’t keep a good condiment down, though, yay! So, towards the end of the 19th Century, tomato ketchup had become a staple item in American households. A 1901 study found that Connecticut shoppers had access to a whopping 94 brands of ketchup. Thus, tomato ketchup became the new super-star.

Let’s, bite into this fact and savor in its story.

In 1834, Dr. John Cooke Bennet added tomatoes to ketchup. Previously, ketchup had been a concoction of fish, mushrooms, berries and many other things. Tomatoes gave a plethora of vitamins and antioxidants to the sauce.

He claimed his recipe could cure:

Wow! the world saw the rise of a magical pill which was earlier labeled a poison. He had a pill salesman, Archibald Miles, make his sauce into an extract of tomato pills, thus solidifying a really great sauce!

Once Dr. Bennet’s pills were hit at the market, hoards of copycats began selling their own tomato-based pills.

These copycats simply sold laxatives. They also made insane claims that their pills could cure absolutely anything and everything. It could even mend bones!

Due to all such false claims, the ketchup medicine empire went down in 1850. The pills went MIA.

Tomatoes were considered poisonous. Just think about it, the red slippery stuff that you adore so much was once considered to be lethal by civilizations all over the world. But, there were some other civilizations that loved to make organic ketchup out of tomatoes.

This dates as old as 1830 when tomatoes were not used for Ketchup as North Americans considered them poisonous. But eventually, all these claims were proved false and the tomato ketchup industry rose again.

So, why do tomatoes have such high medicinal values while ketchup doesn’t have any of them?  Because ketchup contains a high amount of fructose which is added for taste and preservation. So, even today the organic chutneys of the Indian households are considered as a healthier alternative to the tomato ketchup.

Choose wisely, at the end of the day guys your health is yours alone. Snack healthy and obviously deliciously to stay fit and vibrant.

HAPPY SNACKING TO YOU!

What Is The Best Outfit To Wear For A First Date?

Going out with someone for the first time can be quite exciting. According to social research, passionmature.com users make big bets on their first...
Read more

Origin of your favorite brand names All of us are having attraction nowadays towards brands. As commercialization is progressing, we are getting attracted towards various...
Read more

Beauty is, for the most part, all about habits. It’s not only about using one miracle cream that will work like a magic wand...
Read more

Mukbang and ASMR eating has been the ongoing trend of this "new generation," which is usually on the phone screen, scrolling through social media...
Read more
Previous article
Nam-Myoho-Renge-Kyo : The Mystic Law
Next article
Famous Tribes of India and their interesting lifestyles.

Get to Know the Reason Why Cartoon Characters Wear Gloves