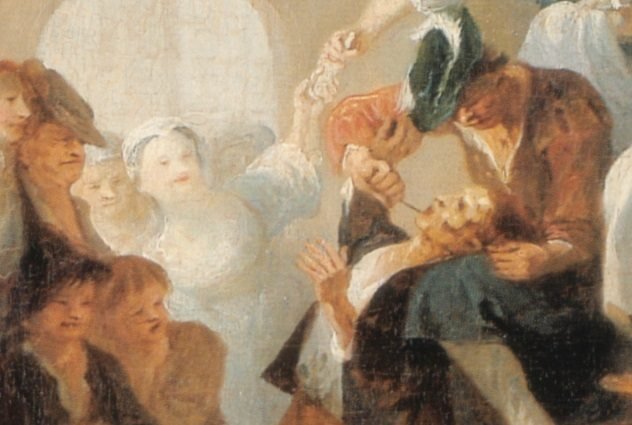 The Ancestry is always a mentor to the legacy. People learn from past and tries to incorporate those norms in their present life. But what happens when the Past itself is surrounded by the things that are cruel to the humanity. Don’t you believe?

Let’s list up here the “10 Dangerous things that were legal in the past”.

Dangling “Baby Cages” were a reality in the 1930s. These cages originated in 1884 when a book named “The Care and Feeding of Children” by Dr. Luther Emmett stated How babies are needed to be aired to “renew and purify the blood”. These cages were a common trend in the British families. They used to keep their kids in these outdoor cages to let them breathe fresh air when they were out for work or busy doing chores. Not actually worrying about what happens if the babies would fall down or die.

Yeah Again for Babies. You won’t believe but it was actually possible for the people to parcel or post their babies via mail in the 20th century. Even it won’t be wrong to say that they were very fond of this. They usually send their children through the mail. The worst thing is that this was a lawful act. The cost of mailing was in accordance with the weight of the kid(more or less than 15 cents).

Cocaine which is nowadays illegal in most parts of the Globe was a substance easily available in drugstores 100 years back. People didn’t consider it harmful and used to easily buy them even without any medical prescription. It was believed that cocaine was capable of helping in coughs and toothaches. Besides, it was used as a cure for Dandruff and irritation in the scalp. But now, everyone is familiar with how the cocaine age went down.

Are you having some brain problem or possibly migraine? Then How it would feel if the doctor would drill a hole into your skull without any anesthesia. Killing na? Trepanation is the act of intentionally drilling a hole in the skull of some person. This was considered as one of the best options for treating epileptic seizures, mental disorders, and head injuries. The procedure involved using some of the most terrifying medical instruments you could imagine. This prevailed around the Neolithic times.

Radio-active toys were a matter of playing in the 1950s but have a look at the toy kit. Doesn’t it look like a kit for laboratory kinds of stuff or instruments? In the 1950s, Radiations were not something to really worry about. In fact, these Radio-active toys were immensely popular among the children. The Manufactures were building these toys utilizing real polonium and uranium. Now you can easily imagine, how extremely risky it was for children to play with these radio-active toy cars.

How you define a zoo? Possibly a place to keep animals and birds. Right? But it’s actually applicable for the present time. In the past, it was the humans who were actually the animals in their zoo. And these humans were taken from continents like Asia and Africa. The aim was to present people from different parts of the world as a proof of Darwin’s Theory. Even the picture above is of a Belgian Human zoo in 1958. This savage and shameful act of caging humans in zoo prevailed for many years.

Another instance of dangerous stuff from past is here. 70 years ago, Doctors allowed pregnant women to smoke cigarettes. Now can you imagine why? Just to help them with their constipation problem. Really unbelievable. They even allowed or advised mothers to light a puff just after they had given birth to their babies. Even having their newborn babies next to them.

Collecting things is a passion for a lot of people. But what do you say if somebody is passionate about collecting human body parts? So, here comes another reflection of inhuman activities from past. Collecting human body parts and raising pathoanatomical rooms was a standard hobby for a reputed gentleman in the past. Even the Soldiers of that time used to carry their enemy’s skull to their homes.

If we believe the 16th-century Chinese sources, Then consumption of honey-coated cadaver(corpse) was a medical thing in Arabia. The elderly Arabian men used to sacrifice themselves (die) by consuming nothing but honey and even bathing in the sticky substance. This eventually leads to putting out nothing but honey as body waste. So, after death, their bodies were placed in stone tombs to steep in even more honey. These were kept there for at least a century and ultimately they become delicious confections(jam or sweet dish) ready for consumption. This, one man’s death by honey thus becomes a cure for broken bones for another man.

Heroin is one amongst the most addictive substance in the world. But once in the past, Bayer sold it as a cough remedy for children. Even scientists at that time believed that it was a non-addictive alternative to morphine but this later proved to be wrong. Patients with Tuberculosis, including children treated Heroin as a Godsend stuff. But in 1913, hospitals found patients to be miserably addicted to this medicine. So, as a result, Bayer decided to stop manufacturing it.

Read Also: Have you heard about the Yanomami’s ash soup?