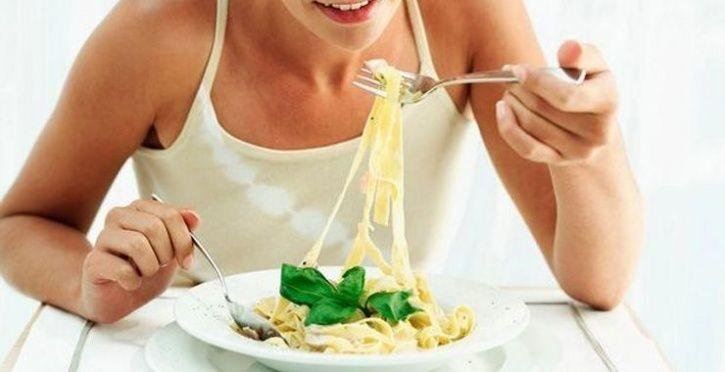 The world is a battlefield and the only thing that keeps us together — PASTA! But think again, did you forget the last time you and your friend had a fight over the Pasta Sauce choice?

Brace yourselves, people, observations have it. — the choice of Pasta sauce you order reveal a lot about your current mood, choices and your personality type.

While this may come as a surprise to a lot of people, it is an agreeable and fun method to know for the gen-next to make predictions and have nobody understand.

Nobody, except you, and you will thank us later.

Your friend orders Red-Sauce Pasta when she comes to meet you after you broke up. *You look sheepishly at her.*

Red Pasta Personalities tend to be creatively expressive, and on the flip side, they tend to be neither very tactical nor mindfully strategic when it comes to career choices. They have a people-pleasing tendency and want to look pretty in others’ eyes however fake they may be in reality. They may turn on their restless side once in a while and when they get emotional, there is nothing that can stop them. By hook or by crook, they tend to do what they wish, with whomever they desire and third-party opinions are so third-party to them.

They’re addicted to technology, are more easygoing and enjoy the spice of life. That  could also include the exception of breaking open someone’s shell of trust.

They have their eyes on their temporary happiness, forever.

People who naturally opt for White-Sauce Pasta over Red-Sauce Pasta tend to be more pragmatic, business-minded and emotionally grounded. They’re confident and loyalty is super important to them. It is unlikely for them to be super obsessed with one thing or one person, and portray a balanced perspective to everything and everybody. The White-Sauce Team is technologically fluent, but not addicted to Technology. All in all, they tend to be more conscious of their lives and believe in living a balanced mindful life that is long and healthy (and boring?). Which means that they have to give up on some immediate gratification.
So the next time you spot your gang indulging in different types of pasta, be prepared to see your gang revealing their different flavors.
Bonus: Those people from your gang who cannot decide, are the Mixed-Sauce Pasta type of people.
Gala Time!
Read Also : Norway’s Tallest Ice Cream Cone That Will Blow Your Mind

An outcast, casting inwardly. I create magic through words, design and photographs.