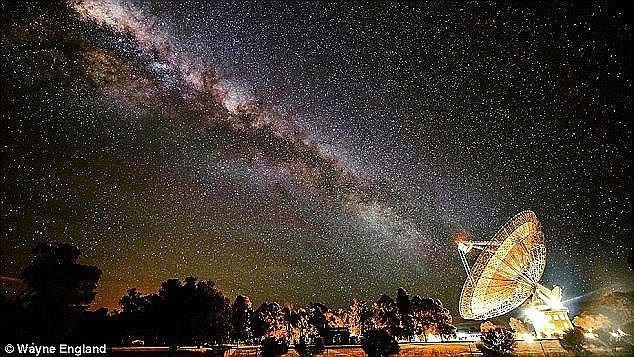 Scientists are continuously scanning the skies with telescopes to find some signal from extra-terrestrial intelligence. They are making every effort to detect the life beyond Earth. A new signal is detected from deep in space that is directing towards the existence of some alien civilization or the existence of some Earth-like planet in space.

The scientists have traced some specific and tiny modulations in the few stars of space. Although unusual, they have been called as strange messages or extra-terrestrial communications, but this evidence is not enough to prove the existence of life beyond the milky way. The reports have shown that during the survey of the sky, the modulations were detected from very few of the stars of universe i.e. only 234 stars out of 2.5 million stars. This strange behavior of tiny fraction of stars is an alert for us to their existence.

One star from where the strange messages were detected was HD164595, from the constellation Hercules. That star is 95 light years away, which is relatively close to the scale of the bulky universe and it is almost exactly the same size as Earth. Also, that star has one planet which is discovered and was named HD164595b, which is thought to be the size of Neptune and has a 40-day year. This planet can harbor life same as on the earth, and scientists are very excited to know more about this planet.

It is an initiative set up to look for alien life and supported by people including Stephen Hawking and Mark Zuckerberg. The experts believe that the message was promising. But they said further work on this will have to be done before they can be clearly attributed to aliens.

In our history, such evidence was constantly being recorded. In 1977, astronomers received something like “WOW”. This was a very powerful radio signal which was recorded from the group of stars called Chi Sagittarii (in the figure below), Astronomer Jerry Ehman, circled it and wrote WOW next to it to mark it for future study, but the message was never heard again.

And henceforth there was no reason or explanation of this behavior, leaving scientists to conclude that these strange messages are coming from aliens. Further work is required to prove, confirm, or deny this hypothesis.

This food article is dedicated to all the foodies out there! Ever felt that you need to lose weight, yet you are too lazy....
Read more

Bullying is an act of abuse on an individual, in this context especially children, either physically, mentally, or emotionally. And the bully culture in...
Read more

Mukbang and ASMR eating has been the ongoing trend of this "new generation," which is usually on the phone screen, scrolling through social media...
Read more
Previous article
Scientists Finally Reveal The Mystery Behind The Blood Falls of Antarctica!
Next article
The Great Sphinx of Giza – An Astronomical Clock

Androgens: What, Why, And How To Reduce Them?

Medical Tests You Need To Get Done – At Every Age