Do You Know The Fact About Napoleon Uniform? 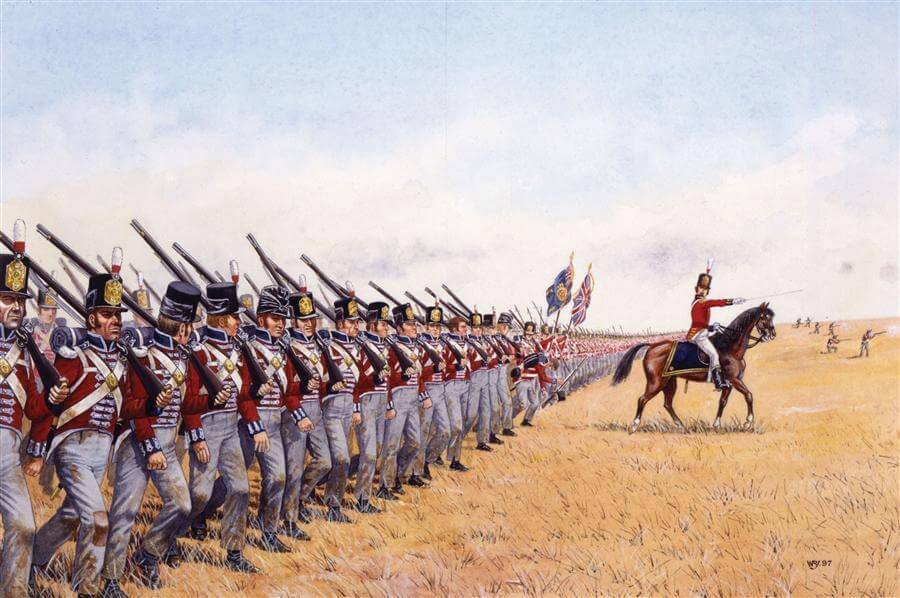 Sometimes you must have heard of the story how some of the military leaders disconcerted by soldiers wiping their nose on the proud uniform of Napoleon. Thus, there were orders that the brass buttons should be sewn on the front of sleeves. There are sources claims that the origin of sleeves buttons was in the 18th century.

Table of Contents show
Why they used Brass Buttons?
Who brought the idea?
The idea of Brass Buttons on Napoleon Uniform
Conclusion
Source Image
Read on – How Switzerland Managed To Remain Unconquerable During The World Wars?

Why they used Brass Buttons?

Commanders ordered these brass buttons to be sewn on the front of the sleeve cuffs of expensive. This was done to make sure that the soldiers and the sailors do not wipe their mouths and noses on their sleeves.
There is a belief that this action was taken in the concern of boys, young recruits, and men. As per sources, the boys cried a lot and used to wipe their tears and nose with sleeves. So the buttons were sewn to make it difficult for them.

Who brought the idea?

At a certain point, the sleeve’s brass button had a remarkable practical function. It can be stated that Frederick the great ruler of Prussia (1740-1786) wanted to see his soldiers lined up in a row neatly decked out in their uniforms. But unfortunately, this site was spoiled due to: the soldiers getting sweat, bleeding, getting dirty and catching diseases.

The idea of Brass Buttons on Napoleon Uniform

As no one could predict what could happen in the field, so the soldiers were not provided the troops with Kleenex with which the soldiers could mop their brows, mouth, etc. Which made them leave no option but to clean their face, eyebrows, etc. with the coat sleeves. After a hard day’s battle, the sleeves would be covered with blemishes and unsightly blots.

Apparently, this was unacceptable, and Frederick was wondering what could be done. And finally, a solution emerged: sewing of brass buttons on the front of coat sleeves. So that every time a soldier tries to wipe his face or nose, his face would scratch by the button.

French Cuffs were invented when Napoleon ordered extra-sleeves so, that soldiers could wipe their nose if excess and then fold the cuff which can hide the snot.

Read on – How Switzerland Managed To Remain Unconquerable During The World Wars?

The accessibility to the camera is surprisingly so easy that most of us find it to be a fact that they exist. However, while taking...
Read more

In the Mughal period, Akbar’s era was the most prosperous one. Emperor Akbar and Shahjahan are still considered as one of the wealthiest rulers...
Read more

Sex chat with strangers can be an exciting and interesting experience. It's a great way to explore your fantasies, broaden your knowledge, and learn...
Read more
Previous article
What Happens When You Eat Strawberries Everyday?
Next article
Who Was The Blind Mystic Woman Baba Vanga?

All You Need To Know About “Kala Pani Ki Saza”