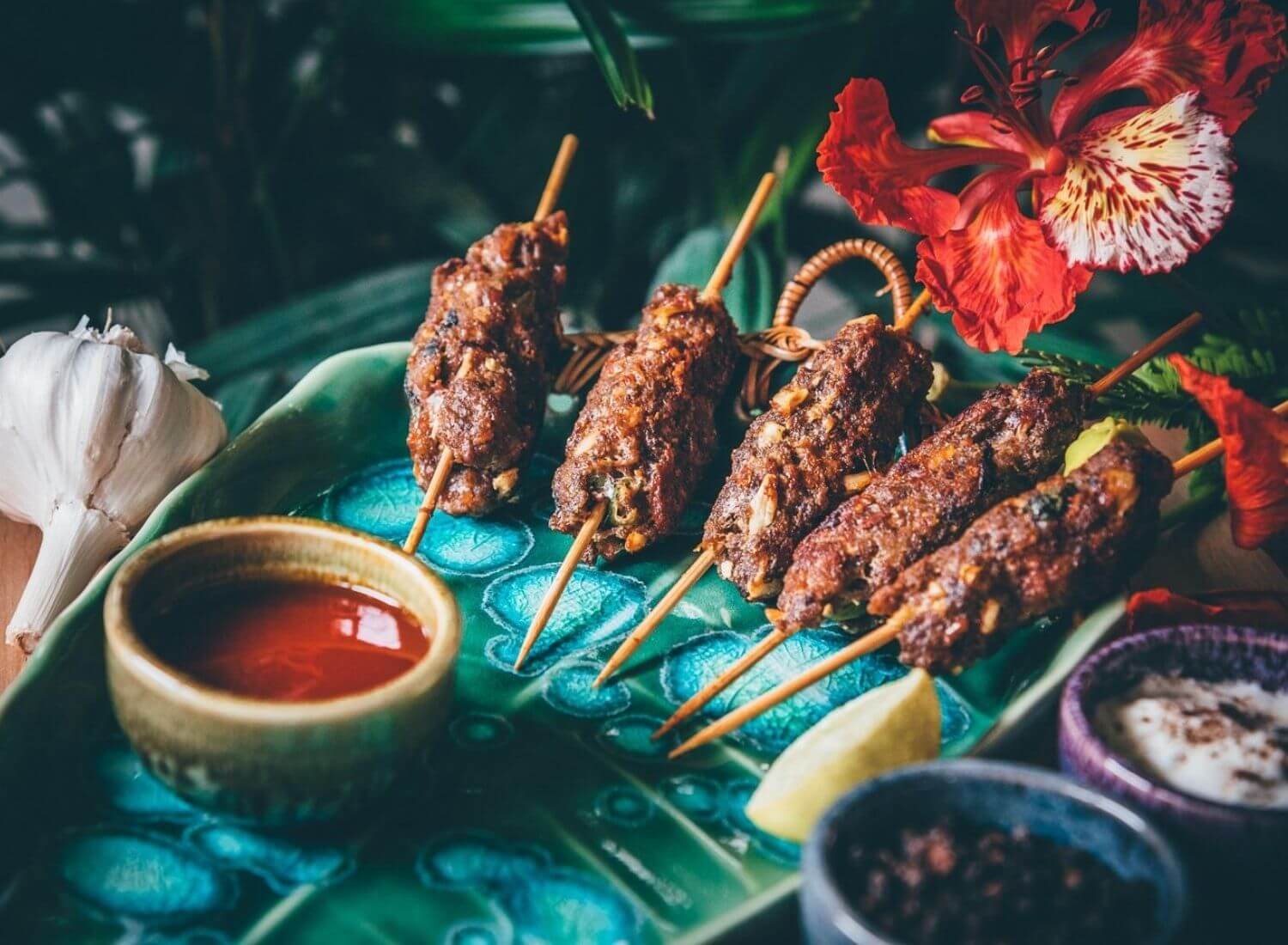 Seekh Kebabs are cylindrical shaped mince meat roasted on Iron roads over fire or in ovens. These delicacies are very famous in South Asia. Let us know from where and how did it originate.

Table of Contents show
Origin Of Seekh Kebab
Let us know about the origin of Seekh Kebab:
Other Types of Kebabs

As soon as Ramzan comes everyone irrespective of their faith is headed to the Mohammed Ali Road for an all nighter-chomping onto the scrumptious kebabs.

And of course, over the weekend what’s better than to hang out with your buddies, exploring the by-lanes of South Mumbai, with places serving you authentic Mughlai and North Indian meaty feasts?

Seekh Kebab happens to be one of the all-time favorites of a meat-eater. But again, have you ever wondered who exactly created this finger-licking goodness? Or how it crawled its way into the famous non-veg cuisine served all over India? Eating it makes us so lost in its taste and richness of spices that bothering oneself for its origin is a far cry. I know I have experienced the same. But once you know about its origin trust me you won’t be able to stop yourself from telling it to your friends and family over a table where these Seekh kebabs are served.

Let us know about the origin of Seekh Kebab:

The story goes like this that, Seekh Kebab were originally known as Shish Kebab and were introduced to India by the Turks (people, especially traders from Turkey). In Turkish, the word Shish actually means a “sword” or skewer and the word Kebab means “to roast”. So if we see the literally meaning it sound like roast a sword, funny isn’t it?

Legend has it that Shish Kebab was first originated on the open field as the Turkish soldiers would take shelter in the forests during night time and hunt for any wild meat that they could find. They would then skewer it on their swords and roast it over fire. Since it seemed to be only source of food they could find in the jungles. Eventually this became their favorite source of food during their night stays in dense forests.

This method was used by Turkish tribes during the war as they pushed west from their homeland in Central Asia while they first invaded Anatolia. Seems as if eating these kebabs did gave them a lot of strengths!

Also, in the Arab world, the same preparation is called Shish Kabab or Lahm Mishwy (grilled meat). The true Shish Kebabs are actually the pieces of marinated lamb affixed to flat or four-sided bladed metal skewers. These are grilled over a fire suspended by a skewer holder, without the meat ever touching the grilling grate.

The varieties of marinades are wide and could include any combinations of olive oil, lemon juice, onion juice, milk, yogurt, bay leaves, cinnamon, cumin, and other spices.

The original recipe of the Shish Kebabs does not include any vegetables, but a lot of restaurateurs’ now have started skewering tomatoes, onion wedges, bell peppers, and mushrooms along with the meat, or on a separate skewer to make it more palatable and attractive. After all innovation and creativity is the greatest tool that each human has.

The most famous preparation of barbecued lamb comes with a lot of variations in the recipes. Varieties of Kebabs available are endless. The list will leave you craving for them and your hunger for them will never be satiated. Seekh kebabs are the most basic and famous one. Let us tell you the names of other available in market.

Other Types of Kebabs

One can also gorge on lamb, beef, chicken or fish kebabs. However, pork is not used in kebabs. Let us thank the Turkish soldiers for it.

Ode to the Turkish soldiers on the platter of kebabs.

Jatinga Bird Suicide Jatinga is a small village in Dima Hasao district of Assam, India. It falls on the south of Guwahati. The Khasi-Pnar tribe and...
Read more

Your Skin is the largest organ in your body; it has an important role to play. This includes acting as a defence against any...
Read more

18 Ways to detect a Migraine

Migraines are pulsating headaches, often occurring on one side of the head.  Around 30 million people in the United States alone suffer from a...
Read more

One of the most significant factors that can be an indicator of overall health is your diet. What foods do you consume regularly and...
Read more
Previous article
We Bring To You The 5 Most Famous Paintings Of The World!
Next article
The Truth About The World’s Most Expensive Coffee Will Shock You To The Core!