Do You Know About This Navy Ship Made Of Steel From The Twin Towers? 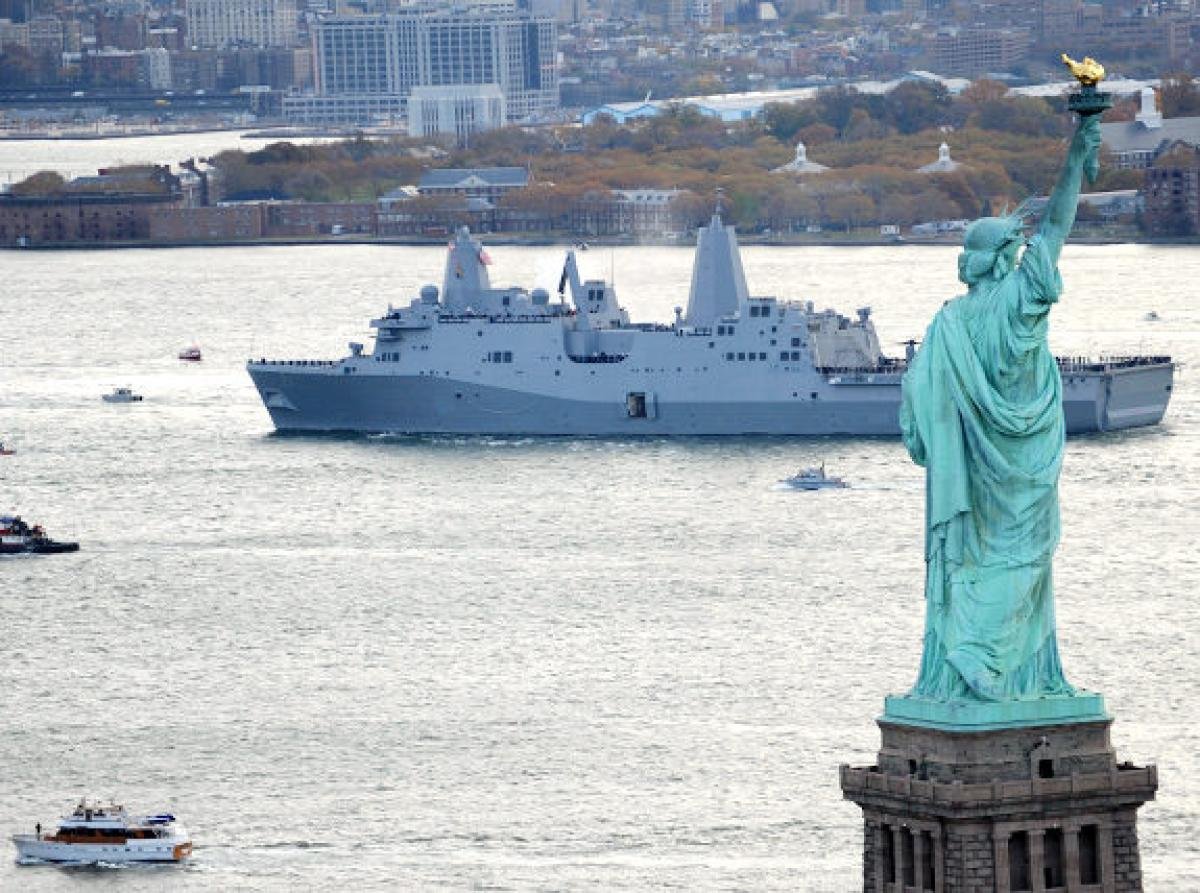 On 7th November 2009, the World Trade Center commissioned into the U.S. Navy.

The USS New York is perhaps the most popular Navy warship to have been ever built.

With a length of 684 feet, the USS New York comes with 7.5 tonnes of steel in her bow. However, this is not just any steel. This steel signifies strength, unity, heroism, and sacrifice. This steel was recovered from the rubble of the Twin Towers.

The motto of this historic warship is enough to give you goosebumps – Strength forged through sacrifice. Never forget. The USS New York has been classified as an amphibious ship. She can deliver Marines and weaponry on enemy beaches.

A part of a three-ship group, New York will spend at least six months patrolling the Mediterranean Sea and Arabian Gulf.

The ship is the fifth in the U.S. Navy to be named New York. Immediately after the 9/11 attacks, Governor George Pataki wrote a letter to the Navy. He requested the construction of a ship that would combat terrorism and would be called New York. The Navy had no reason to deny this and happily obliged.

The construction of the ship was sacred in its own way. It was as if the shipbuilders revered the steel used. They handled the steel with immense care. It was evident that the workers understood their part in its conception on a very personal level.

Commander Will Hermann, the commanding officer of the New York, is also the nephew of a New York City firefighter. He believes that the ship represents everything the nation has overcome since the 9/11 attacks.

A sailor who served on the USS New York claimed that the ship’s crew had a dedication that was different as compared to other Navy ships. He said, “USS New York, at least when I was aboard, had the most motivated crew I have ever worked with. It is an extraordinary ship for the Navy, and you are reminded of that when you are a part of her crew.”

The USS New York has a crew of 360 and also carries around 700 Marines and their gear. Also, she has a hospital with two well-equipped operating rooms and 124 beds. Furthermore, she has an expensive flight desk and can take in any helicopter in the US inventory.

When the ship had sailed near Ground Zero, she was well received by the families of the 9/11 victims. Besides, a 21-gun salute was followed by the singing of Billy Joel’s “New York State of Mind.”

In 2014, the USS New York shipped Ahmed Abu Khattala, the suspected mastermind of the 2012 attack on America’s consulate in Benghazi, back to the USA.

When life gives you lemons, make lemonade. But is making lemonade as easy as it sounds? It is a confounding nod from people who...
Read more

Mala Beads have a special significance in the spiritual aspects of life. Wearing or chanting Mala's can bring peace to your mind and soul (know...
Read more

It's annoying to be unable to think clearly, especially when time is running out. When we are amidst a creative block, we often reach...
Read more

One of the most significant factors that can be an indicator of overall health is your diet. What foods do you consume regularly and...
Read more
Previous article
Why Does Brahma Kamal Bloom Once A Year?
Next article
Staying In The World’s Quietest Room Would Make You Insane!

Be Fit, Not Weight Obsessed!

Why You Shouldn’t Use A Cotton Swab To Clean Your Ears?