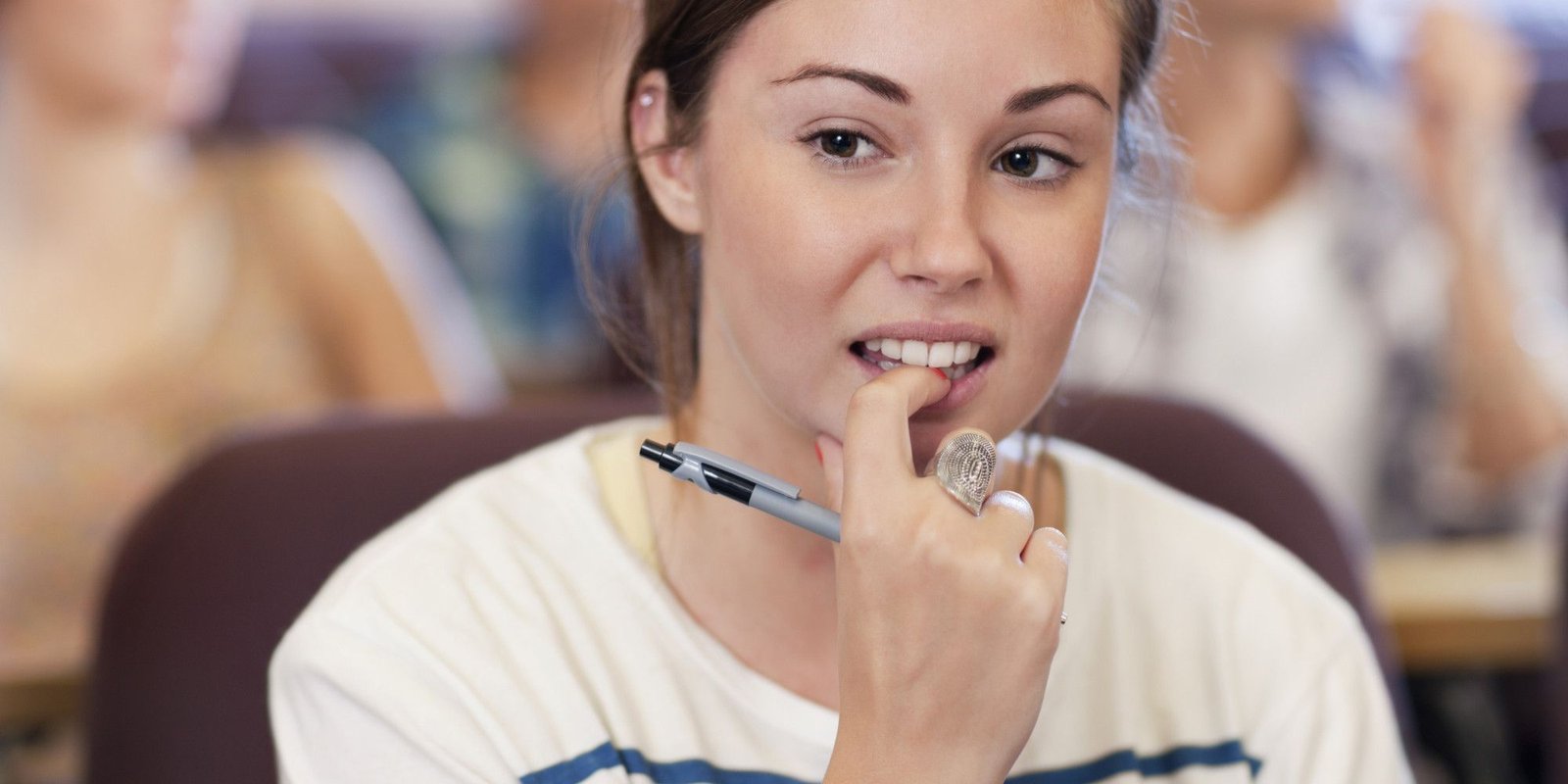 Do you bite your nails? For some people, nail biting is like a harmless addiction.   But for others, it’s a horrible and unattractive habit!   The habit of nail biting is usually described as a common way to react to the feeling of stress and tension.   However, your nail chomping isn’t  such a bad habit.   A new research suggests that it’s likely to arise from perfectionist beliefs and not just anxiety or stress.

Onychophagia or nail biting is an oral compulsive habit. Sometimes described as a parafunctional activity- the common use of the mouth for an activity other than speaking, eating or drinking.   The habit of nail biting, hair plucking, or picking on the skin is body-focused disorders also known as tic disorders or more distantly OCD (obsessive compulsive disorders), which may help with better management skills and technique.   Nail biters are prone to dissatisfaction and frustration, which often arises out of boredom.  According to a new study by the Scientific American, organizational perfectionism is characterized by a tendency evidence to often over- plan, overwork and become frustrated by a lack of activity. Therefore, such people are more prone to impatience, frustration, and dissatisfaction when they do not reach their goals.

Here are some more signs that describe the nail-biting perfectionist personality traits:-

1. You get frustrated when you do not reach the goal you had in mind.   2. Even after the achievement of your goal, the success isn’t enough.   3. You think in black and white terms.   4. You don’t start a project until the right moment comes.   So, is nail-biting really a bad habit? Don’t be hard on yourself. Maybe it isn’t that bad after all. Now you have the perfect response- you are a perfectionist without the feeling of shame and embarrassment!

What Happened To Draupadi & Pandavas After Mahabharat War? The Pandavas hailed and mourned their victory after the Mahabharat War simultaneously. Yudhisthira became the crowned...
Read more

When we think of international borders, what comes to our mind? As a result of the reflex action, we think of military fences, barbed...
Read more

If you are working personnel, then I want to ask you how many degrees you hold? Most of you will say 2, many of...
Read more

Your body is an incredibly complex machine. There are still plenty of secrets regarding how some parts work, and research into these things is...
Read more
Previous article
The People of The Bajau Tribe Are Known As The Sea Gypsies!
Next article
How Food Affects Your Mood? Read On To Find Out!