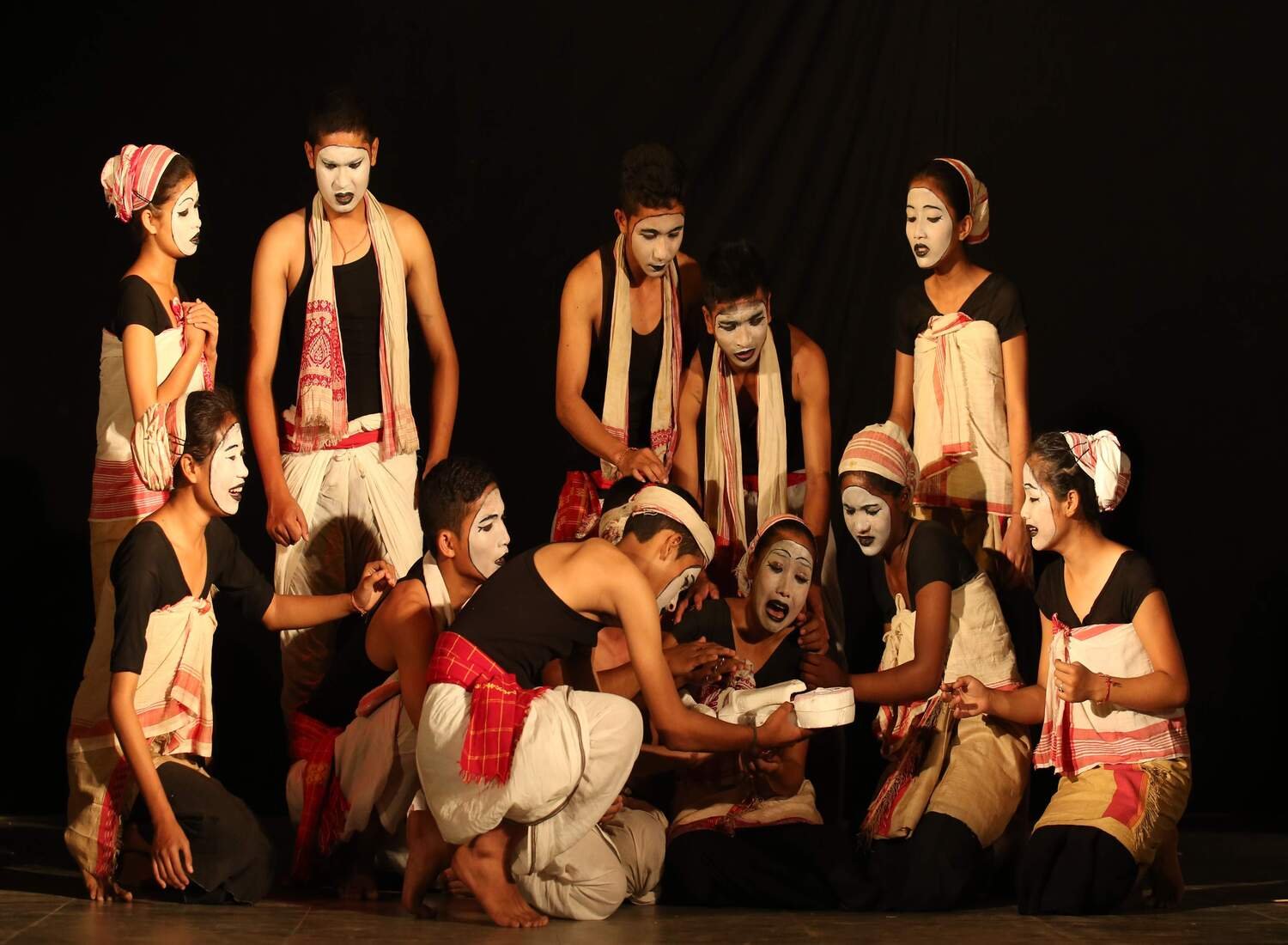 Mime is originally the art of expressing without words. We express ourselves almost every day and every minute, like while talking or even thinking.

Expressions are a significant part of our lives. Imagine having a conversation without expressions. It would be not only bland but also inefficient. We use expressions while singing, talking, and even while dancing. But have you ever wondered if emotions can be used to express yourself without words? Well, mime doesn’t just wonder but successfully expresses himself without words.

Mime originated from ancient Greece. The name was taken by a solo masked dancer known as Pantomimes. Although, his performances were not silent. Telestēs was the first-ever mime recorded in the play Seven Against Thebes by Aeschylus. Puladēs developed tragic mime while Bathullos of Alexandria developed Comic Mime.

Mimicry being an aspect of earlier Roman theatre, replaced the Athellanae as interludes on the main stage. In the second century BC, it became the single dramatic event at the Floralia and received technical advances at Publius Syrus and Decimus Laberius.

The person who performs mimicry is known as the Mime artist.  In mimicry, people act out a story through body motions silently. They were previously also referred to as Mummers. Silent comedy is different from Miming, wherein the artists’ character in that skit or film acts without sound. Jacques Copeau and Japanese Noh theatre influenced Jacques Lecoq to use masks for training his actors.  Étienne Decroux, his pupil, started exploring and developing corporeal mime into a highly sculptural form. Jacques Lecoq’s training methods are a massive contribution to the development of imitation and physical theatre.

Mimicry had become a prominent drama under the Empire of that age. At the same time, mimics were banished by Tajan and favoured by Caligula, Marcus Aurelius made them priests of Apollo, and Neo himself became a mimicry artist. Other dramas distinguished miming because of their use of masks and the participation of female and male performers. Characters include the lead, the gigolo, the subordinate.

Mummer plays and dumb shows were the early forms of mimicry in Medieval Europe. Jean-Gaspard Deburau solidified many attributes that have come to be known in modern times—the silent figure in whiteface in the early nineteenth-century in Paris.

Before Etienne Decroux, there was no proper paperwork about mimicry; hence any recreation of imitation performed before the twentieth century was considered speculation. Somehow the twentieth century, with the introduction of Motion Pictures, brought a new medium into widespread usage.  There was a restriction on the dialogue usage; hence it was mainly restricted to intertitles, which increased demand for a high styled form of physical acting on stage. Therefore imitation played an essential role in films. German Expressionist film used a mimetic style in a great and better way.

Charlie Chaplin, Harold Lloyd, and Buster Keaton were the Silent Comedians who learned imitation in the theatre but brought it to the notice of the world through films. Still, they would have been known for their works even after their deaths if they had performed live in theatres, even though Charlie might be the best-documented imitator in history. Jacques Tati achieved his initial popularity as an imitator along with his other minimal dialogue films. Like Charlie, Tati used to mimic out the moments of every character while they followed his actions.

On stage and street

Marcel Marceau and his character “Bip”  were the most famous on stage. In street theatre and busking, mimicry is a popular art form. In such performances, actors/actresses wear tight black and white facial makeup, but contemporary mime is performed without a white face. Technical mimes are always entirely silent compared to contemporary mimes, which sometimes might include vocal sounds while performing. Mime acts are always fun and a form of entertainment, but they can sometimes become serious and leave a message.

Canadian author Michael Jucot, in his first novel “The Last Butterfly,”  told the story of a Nazi-occupied Europe imitator who his bully forces to perform for a team of Red Cross. Heinrich Boil’s The Clown shows the downfall of a mime artist’s life. “Coulrophobia” by Jacob Appeal depicts a landlord tragedy of an intrusive imitator. Even the comic “Gorilla my dreams” tells the story of a gorilla who teams up with a super-powered Telestēs mime to investigate a murder.

Over the years, many imitators came to the limelight, including Rowan Atkinson, Steven Banks, Janet Carafa, etc., who entertained us with their traditional or contemporary acts making us laugh. Through their art, they also conveyed some critical life messages.

8,359FansLike
2,100FollowersFollow
224FollowersFollow
Previous articleWhy Popular Apps Use Certain Colors: The Play of Color Psychology
Next article13 Amazing Things To Do After Retirement

Interesting Facts That You Should Know About Your Body