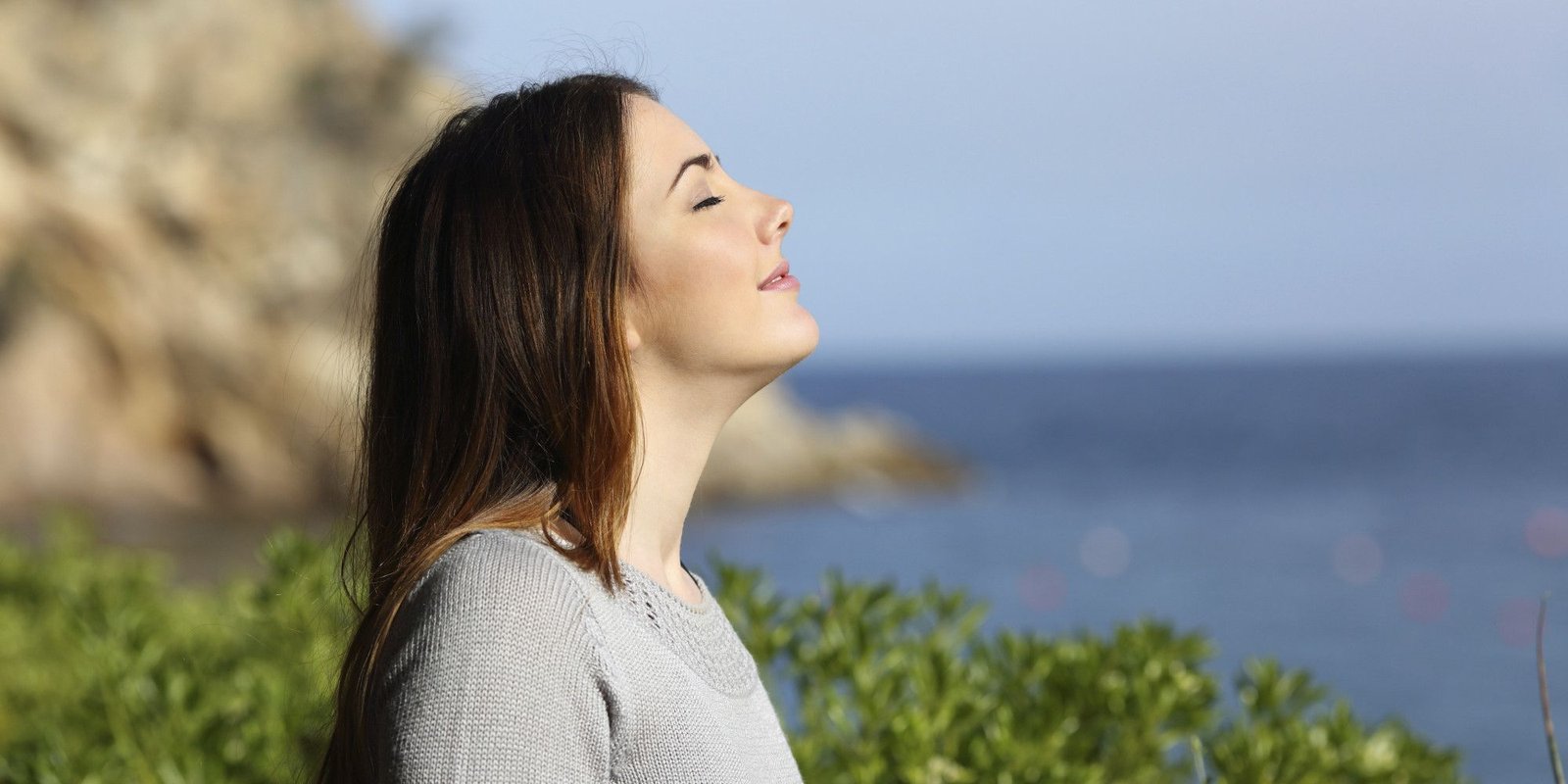 Table of Contents show
Lose Weight By Breathing!
Studies suggest that your lungs are a primary organ for excretion of fat.
Here’s the actual science behind how you lose weight by breathing:
image source

Obesity has hit the world like an epidemic. It is the second preventable cause of maximum deaths in the US. Although other nations are not too far off.

Having said that, people are trying to get rid of their obesity by employing a lot of tactics. These tactics range from weight training to running, to pilates,  to going on restrictive diets and ‘The works’

But, what if I told you that something as simple as breathing can make you shed pounds?

Yes, I know we all breathe day in & day out. But in the rush of our busy schedules & preoccupied minds, we don’t really breathe quite enough. What I mean to say is to lose some significant weight, we need to install a breathing app and practice deep breathing religiously and consciously.

Studies suggest that your lungs are a primary organ for excretion of fat.

A research was done at the University of New South Wales, Australia claims that when weight is lost, a majority of it is exhaled out as carbon dioxide.

Professor Andre Brown and Ruben Meerman reported that even experts like doctors, trainers and dietitians believe in the notion that fat is converted to energy or heat, which violates the law of conservation of mass. Others believe it is excreted in feces, which is true to a certain extent but not all of it.

Here’s the actual science behind how you lose weight by breathing:

On breathing deeply, you take in a lot of oxygen in the lungs. This is then spread throughout the lung alveoli into your blood. The oxygenated blood hence is available to oxidize the fat molecules converting it into carbon dioxide & water. Carbon-dioxide, as we know, is exhaled through the nostrils & water leaves the body through sweat, urine and other bodily fluids.

When we do not take a deep breath, the air is filled only in the upper and the middle lobes of the lungs. Due to this, the blood does not get enough oxygen supply. Hence, the fat burning does not occur efficiently.

So when you consume more oxygen, you increase your body’s ability to lose weight by breathing.

Having said that, only breathing may account for some fat loss. However, it may not be significant enough. Especially if you consume excess calories from unhealthy foods, the fat loss occurring from breathing gets nullified.

The same principles are used when your nutritionist or doctor suggest you go to for a walk. Exercising speeds up breathing. When you exercise more, you take in more oxygen and give out more carbon dioxide.

So, now you have your answer to the mystical question of when you lose weight, where does it go.
Do let us know your views on the topic. After all, healthy debates make us grow!

Broccoli is full of nutrients. It aids in digestion, helps the cardiovascular system, strengthens the immune system, and has anti-inflammatory and cancer-preventing properties. Broccoli...
Read more

Greece, an ancient country, officially the Hellenic Republic and historically known as Hellas, is located in Southern and Southeast Europe. As of 2016, it had...
Read more

Many of us battle for opting for a weight-reduction plan and avoid sickness but fail to do so due to our day-to-day schedules. But...
Read more

Sex chat with strangers can be an exciting and interesting experience. It's a great way to explore your fantasies, broaden your knowledge, and learn...
Read more
Previous article
SWOT Analysis: Use This Self-Help Technique To Earn More Than Ever Before!
Next article
Where Does The Word ‘Toilet’ Come From?

Learn these Essential Basic Life Support Tips to Save Lives

Hormonal Acne: Why Does It Happen And How To Treat It?