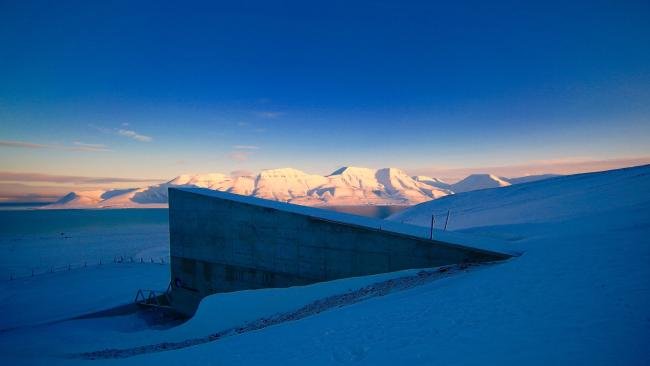 Humans’ most precious and valuable resource – yet the ones that are given least importance in the resource chart is the plantations and agriculture around us. Thanks to the abundance with which it is found, its value does not concern us much. But what if doomsday struck, wiped half of all the beings, and you are among the small lot of survivors! You need to start agriculture all over again for food! How precious would plant seeds be then?

In the farthest of lands, coldest of regions, the most profound portion of the Arctic, there stands a big, secure vault that protects and safeguards the future and the existence of every species of plant cultivated by man. This vault is claimed to be a backup working plan the inevitable doomsday that might hit Earth anytime! This is the story behind the doomsday vault and the reason behind its existence.

Table of Contents show
1 What is the doomsday vault?
2 Appearance of The Last Resort
3 Why Doomsday?
3.1 Also Read About: Amazing Theories About Parallel Universes!
3.1.1 Image Source

What is the doomsday vault?

The global seed vault lies on an island above the Arctic circle between Norway and the North Pole, on Spitsbergen. It is a considerable safety deposit and holds the world’s largest collection of seeds of all plants found on the planet and used for cultivation. It carries more than 930,000 varieties of food crops ranging from Brazilian rice varieties to Syrian oranges. This vault contains 13,000 years of agricultural history. It stores all these seeds for reserve purposes which will be put to use during any catastrophic mass event or an apocalypse. But a greater threat than an apocalypse is the smaller localized destruction by Gene Banks. The Doomsday Vault was recently opened in February to deposit seeds from Mexico, India, and Syria. “there is big and small doomsday going on around the world every day. Genetic material is being lost all across the globe” says Marie Haga, executive director of the crop trust. This concern is shared by many people in today’s world.

Appearance of The Last Resort

It is a rectangular concrete structure that contains a long passageway and several rooms. This large gray structure easily reminds us of all the negative things we dread of but includes the lifeline of the environment. Each room has around 1,50,000 different seeds. These seeds are stored in racks of boxes at zero degrees.

The reasons for choosing this faraway land of mist and snow are:
1.  Helps conserving seed: the seeds have to be stored at zero degree temperature. The natural cold also helps in preserving these seeds better.
2. Away from war: gene banks in Afghanistan and Aleppo have been destroyed due to intense wars and civil unrest that is happening in these regions. Records have shown that we have already lost several species of plants that were stored only in these banks. Thus, the choice of place is well suited to stay away from all these political unrests.
3. Guarantee against natural disasters: no natural disasters can strike such a place and therefore reduces the probability of losing genetic material due to mother nature’ wrath!

Scientists are worried about a mass destruction that can happen anytime anywhere. It is also predicted in many of the religious scriptures. Kali Yuga, the final Jihad, Doomsday – it is known by different names, but the apocalypse remains the same. If we cannot save ourselves, let us at least protect and preserve the seeds for our future generation!