10 Inventions that changed the history of the world 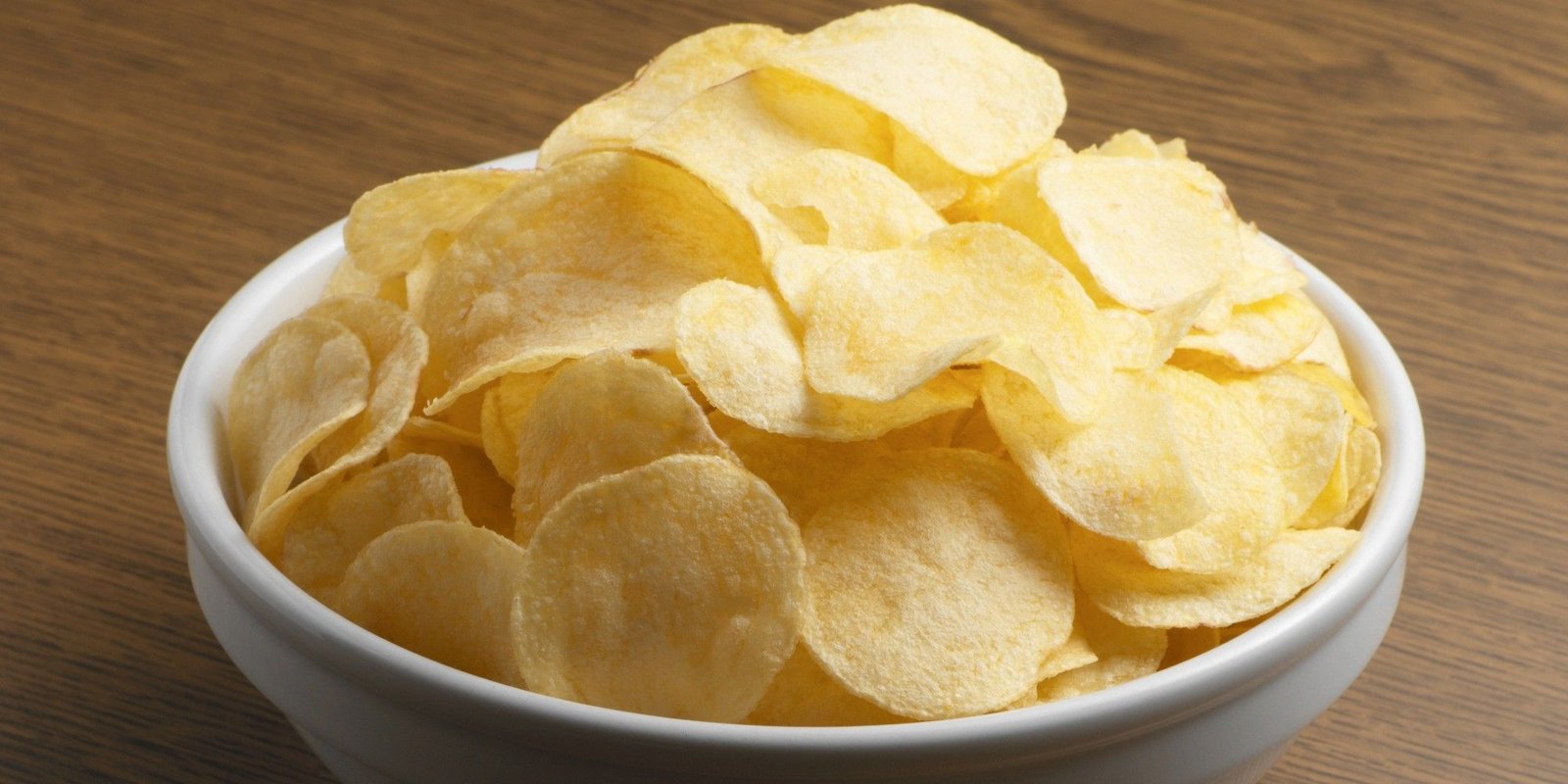 They say, “Necessity is the mother of invention.” There are certain objects of daily use that were born of either Necessity or Error. These objects are such an integral part of our lives now that we do not spend even a minute thinking about how life would have been before this object was invented.

10 Inventions that changed the history of the world

Perhaps this machine is a blessing for someone like me, who does not know the S of sewing. But, the story of its invention can be really interesting.

Making ends meet is always the biggest concern of the breadwinner of the family. Elias Howe had similar concerns. He could not earn enough for his family. So, his wife took to sewing to earn some more money.

One day, while Howe sat watching his wife sewing clothes, he was blessed with a Eureka moment. He thought of making a machine that would help his wife in sewing.

However, it was easier said than done. It took Howe 7 years to make such a machine. He finally demonstrated it, in 1845. The machine could sew straight and even stitched. Furthermore, his machine competed with five women sewing together and even beat them.

The sewing machine was not popular among the masses until the Civil War. Thousands of uniforms were required to be made, and that was when Howe cashed in, literally. He went on to become famous and wealthy. All’s well that ends well.

This one is for all those kids who hate brushing their teeth. You can blame it all on this English prisoner – William Addis. He was arrested in 1770 for starting a riot and sent to the New Gate Prison.

One morning, as Addis was cleaning his teeth as usual, with a rag, his lively mind sprang to action. He thought it would be easier to brush his teeth instead of wiping them.

With the help of a bone leftover from dinner and some stiff bristles provided by a guard, Addis started to work. He made holes into the bone, tied the bristles into tufts and shoved them into the holes. Thus, the first toothbrush was born.

As soon as he was released from prison, Addis started his business. He never had to go to prison again. I am sure he must have been the man with the brightest smile.

Originally from Birmingham, Alabama, Anderson was visiting New York City in 1902. The reason for her not liking electric trolleys was not because they were crowded. She observed that the driver could hardly see through the windshield on rainy days.

Drivers used to rub either onion or moist tobacco to put a slight film of oil on the glass. This helped to some extent. However, it did not solve the problem.

Anderson believed a rubber blade attached to a handle might help. At first, these wipers were used manually by the drivers to wipe off rain and snow. Although people found this to be a funny idea, the drivers loved them! Slowly, vehicles started having windshield wipers.

Imagine this. You are 35-years old and broke. You try working in a cigar store, running a restaurant, farming and even repairing watches. But whatever you try to do, you fail to earn two square meals a day. Then what would you do? Try taking a hint from this story.

Conrad Hubert, a Russian immigrant came to Uncle Sam in 1890, when he was 35. After failing miserably in all the jobs mentioned above, luck finally favored him.

Hubert’s friend, Joshua Lionel Cowen, loved dealing with electricity. He invented a flower pot with a battery that helped the flower glow’. Hubert decided to sell these pots. Also, Joshua became more interested in something new – electric trains. So, he sold the flower pot idea to Hubert for merely nothing.

Hubert decided to recycle its parts. He took the battery, the bulb and the paper tube from the pot and used them to make “an electric hand torch”. At first, he sold them as a novelty, but this torch started becoming very popular among laymen. Eventually, Hubert died as a Richie-Rich.

They say anger ruins people. Those who are not able to control their fury often cause their own doom. But can anger actually make someone successful in life? Read further to find out…

One day, in 1853, a fussy diner visited a restaurant in Saratoga Springs, New York. He was not happy with the french-fried potatoes and sent them back to the chef, George Crum, saying they were soggy and too thick.

This angered the chef. He resolved to make the thinnest fried potatoes ever. So, he sliced the potatoes into paper-thin slivers, fried them in boiling fat and sent the golden chips to the diner.

The diner fell in love with this dish! Thus, “Saratoga Potato Chips” became extremely popular. The rest is history.

I am glad to present to you the second part of this article. In the first part, we discussed the birth of the toothbrush, windshield wiper, sewing machine, flashlight and potato chips. Here are a few more objects that have interesting invention stories. Continue reading to know more…!

In order to increase his sales, a grocery shop owner in Minnesota, USA started thinking. Walter Deubner realized that people bought only those items that could be easily carried home. So, he toiled for four long years to make the first shopping bag. Made of paper and a cord running through it, the bag could carry a weight of 34 kg! It was coined “Deubner Shopping Bag” and cost 5 cents (around 2 rupees). Without a doubt, it became a huge hit among the masses.

It is a popular belief that the first newspaper was started in 500 AD in Peking. It was named Tsing Pao (News of the Capital). This paper continued to be published until 1935. The Chinese Government released this, with the help of carved wooden blocks. The main objective of this newspaper was to publicise important events.

Also, there used to exist a Government newspaper in ancient Rome that recorded current events. It was called Acta Diuran (Daily Events).

Honestly speaking, I wish this invention was NEVER made! However, I am sure I would have been expelled from school had the alarm clock not existed.

The idea of an “alarm” was first born in a medieval monastery. The monks placed a lit candle between their toes before going to bed. When the flame touched their toes, they had no other option but to wake up! (How torturous is that?!)

In 1787, a New Hampshire clockmaker, Levi Hutchins, liked to wake up at 4 am every day (Really?). However, since there was nothing to wake him up, he sometimes overslept. So, he decided to fix an alarm to one of the clocks.

Hutchins took a wooden cabinet and placed the machine of one of his clocks in it. Then he fixed gear that tripped when the hour hand of the clock struck 4. The gear, in turn, set a bell to ring. Sadly, Hutchins never patented his alarm clock.

Christian Schonbien, a German chemist, was experimenting with nitric acid and sulphuric acid in his kitchen in 1845. His wife, Fran Schonbien, never allowed him to make her kitchen a laboratory. But she was not at home at that time, so Schonbien got to work.

However, Schonbien accidentally split some of the acids. He panicked thinking about how his wife would react if she found out. Schonbien quickly grabbed his wife’s cotton apron and cleaned the mess. He hung it over the stove so that it dried before his wife got home. On drying, the apron burned rapidly and vanished in a few seconds. Thus, Schonbien realized he had formed “nitrocellulose” or “guncotton.” This replaced the gun powder in all the military weapons. I think we should give ample credit to Schon Bien’s wife as well!

Thomas Sullivan ran a wholesale tea business in New York. He wanted to expand his business by sending samples of tea to different customers.

In those days, people used “tea-bells” to brew tea. Like a bell in shape, it held some amount of tea leaves that were submerged in hot water.

Deriving his idea from the tea bell, Sullivan made bags of gauze, put different tea leaves inside and pinned the bags to cardboard. He dispatched these samples to customers. To his surprise, the customers wanted not only tea leaves but also his teabags! Of course, the rest is history.

Have You Ever Wondered of the Unparalleled Invention of Pencil?

There is no denial of the fact that every one of us, must have used Pencils in our childhood. But have you ever wondered,...
Read more

Science Behind Different Types And Shades Of Tinted Sunglasses

All this time you were thinking of buying different tinted sunglasses for different reasons. Be it style, fashion, personal preference or something else. But...
Read more

Nail shape is what makes your hand look more flattering. But finding the perfect nail shape for your finger type can be a task....
Read more

Sex chat with strangers can be an exciting and interesting experience. It's a great way to explore your fantasies, broaden your knowledge, and learn...
Read more
Previous article
Diving Into The Secret Of The Skeleton Lake Of India
Next article
Who Would’ve Thought That Elements In The Periodic Table Can Also Be Endangered!

What Are The Neurological Benefits Of Using Weed?

6 Wholesome Indian Breakfast you must try out