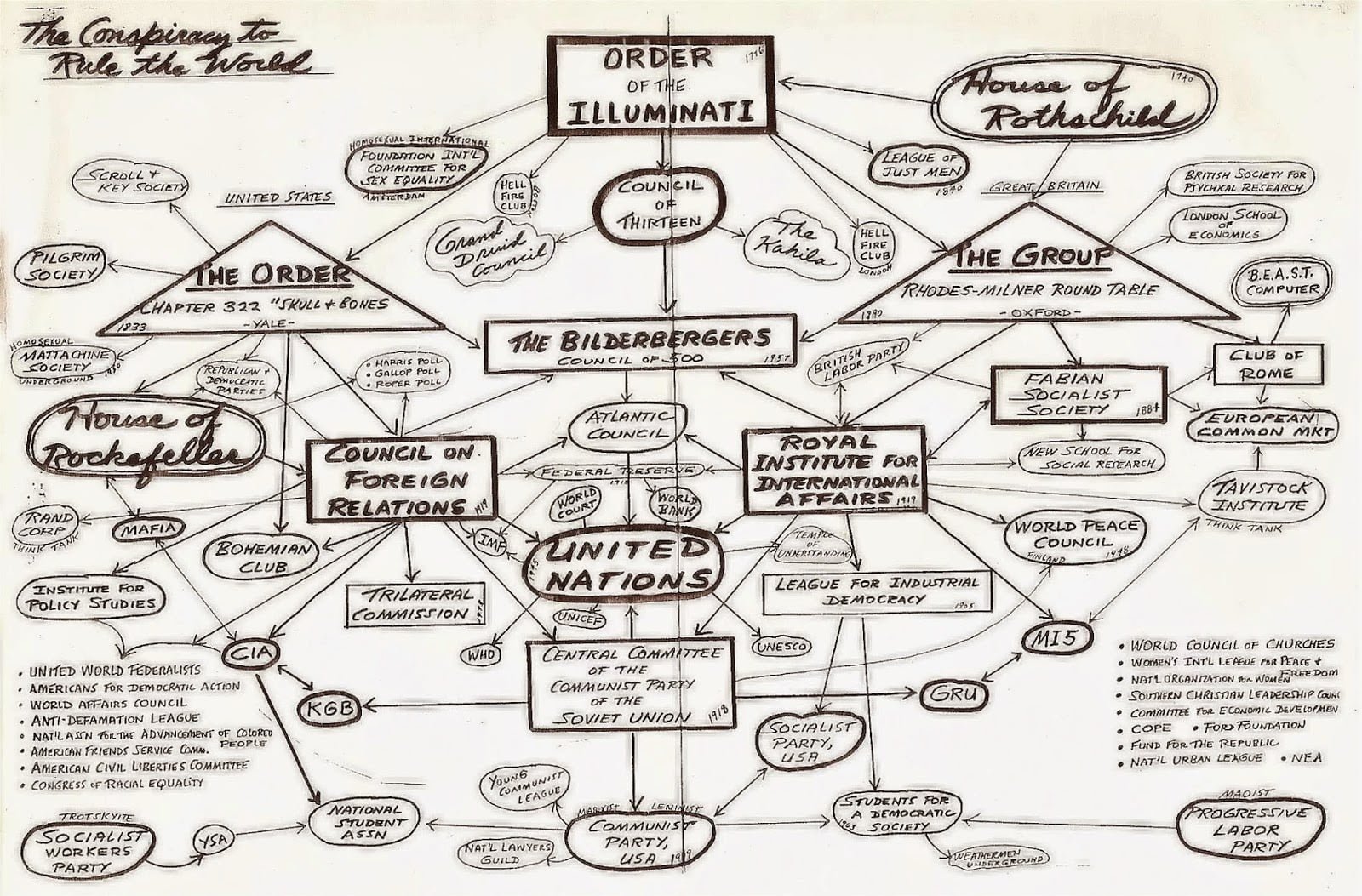 Picture this – a dashing, gun-toting hero. A location with grey overhanging clouds and beautiful old buildings. A sudden encounter, gunshots in broad daylight, some blood and lot of deaths. The hero escapes to hiding, where a nerdy guy decodes a symbol and dramatically reveals the allegiance of the bad guys – gasp!  It’s X.

Sounds familiar, doesn’t it? Secret societies have often been incorporated in action and thriller movies, usually in a negative role. The mere association of the villain with some underground cult justifies his evilness. But secret societies as they are portrayed in popular media today are the products of high exaggerations, legends, myths and misconceptions that surrounded the actual secret societies of the world. So, what is the real truth?

‘Secret societies’, in the most basic sense of the word, have been around for centuries. Whenever a group of people engaged in something that was not socially encouraged or acceptable, they did it in secret. Since public knowledge could mean excommunication from society, punishment, or even death, these societies undertook some rituals and maintained certain rules to bind the members together and protect the group and its work. But, of course, it is nearly impossible to keep something like a giant organization a secret for long. While many groups themselves become known, their activities and members often remain unknown and anonymous. This often resulted in the adoption of name by people and groups, who may or may not hold similar views. What happens next? Let me illustrate this with an example.

Illuminati is one of the most ‘memed’ secret society today. It is alternatively seen as a giant hoax created by the internet, and as a legitimate, scary organisation that aims to establish a dystopian New World Order. But the origins of the society were pure and humble. The original society, known as the Bavarian Illuminati, was an Enlightenment-era secret society founded on 1 May 1776. The society’s goals were to oppose superstition, obscurantism, religious influence over public life, and abuses of state power. They wanted scientific fact, rationality, liberty and equality to be the guiding forces of the world. This meant that they were fundamentally opposed to the Church, who used dogma, religion, and fear to keep its clout. The Roman Catholic Church thus persuaded the Bavarian ruler, Charles Theodore to outlaw the Illuminati and other secret societies. (Bavaria was a kingdom, and is now a state of Germany)

The rulers of European kingdom were notorious for persecuting scientists for opposition to the Church. Fearing the same, the society, instead of disbanding, went underground. The members worked on individual levels, making reforms in districts and laws. Some say that the French Revolution became possible due to Illuminati’s work. No concrete proof of this exists though- the society was good at being secretive. But, the internal dissent and changing world meant that it soon declined.  What was left was a name and several myths mixed with the truth. Over time, many fraternal organisations took the name, some openly claiming to be Illuminati, others being quieter about it.

Conspiracy theories are the main reason why Illuminati is considered to be something else entirely. Add ‘THE WORLD IS BEING CONTROLLED BY POWERFUL PEOPLE’, some rituals and Satanism, and of course, US Presidents and viola- you have your Illuminati. There are several other societies associated with this New World conspiracy theories, but the Illuminati is the most prominent. Why? I have no clue.

As said before, the members usually performed some rituals to gain a sense of brotherhood. Drinking together, taking oaths or completing some tasks or tests was common. Many have built upon this to associate with secret societies elements of Satanism, ritualism, and occultism- the exact opposite of which many of them stood for. Again, there is no concrete explanation for this phenomenon. Perhaps it is just the human tendency to think in the most negative terms in the face of the unknown. Deliberate slandering, jokes, and actual performance of these rituals may also be the cause. The Priory of Sion, Freemasonry and the Knights Templar all have had a similar fate- a simple society which, due to circumstances, had to function in the shadows, and eventually gained a negative or conspirational reputation due to active imaginations.

So secret societies still function today? It is safer to throw your lot with the yes side. There might be several secret societies functioning in the world right now. But whether they are truly controlling the world is a harder question to answer. With the advent of internet, secret societies have taken on a thicker, darker cloak. Cicada 3301, for example, continues to be a hair-tearing enigma.

I realize that this article may have produced more questions and doubts than answers. But to deal with something like secret societies is like settling down to peel an onion with endless layers. Over time, what is and is not real get lost, since the secrecy means no talking, no written record, and no claims over actions. All we can do is try and separate fact from fiction.

Read also: These Facts About The First Ever Siamese Twins Will Take You By Surprise

In India, it is a tradition to include jaggery in different food items. It is also a custom to eat it before you do...
Read more

India is known for the unique way in which it got its independence from the British. It was the only country that used non-violent...
Read more

The accessibility to the camera is surprisingly so easy that most of us find it to be a fact that they exist. However, while taking...
Read more

One of the most significant factors that can be an indicator of overall health is your diet. What foods do you consume regularly and...
Read more
Previous article
Hero Of Nathula – A Dead Soldier, Baba Harbhajan Singh Still On Duty
Next article
Halo Effect – This Is Why Some People Look So Familiar To Us

The Role Of Nutrition In Addiction Recovery