These Hipster Fashion Comebacks Are Just The Fashion Treats We All Need Today! 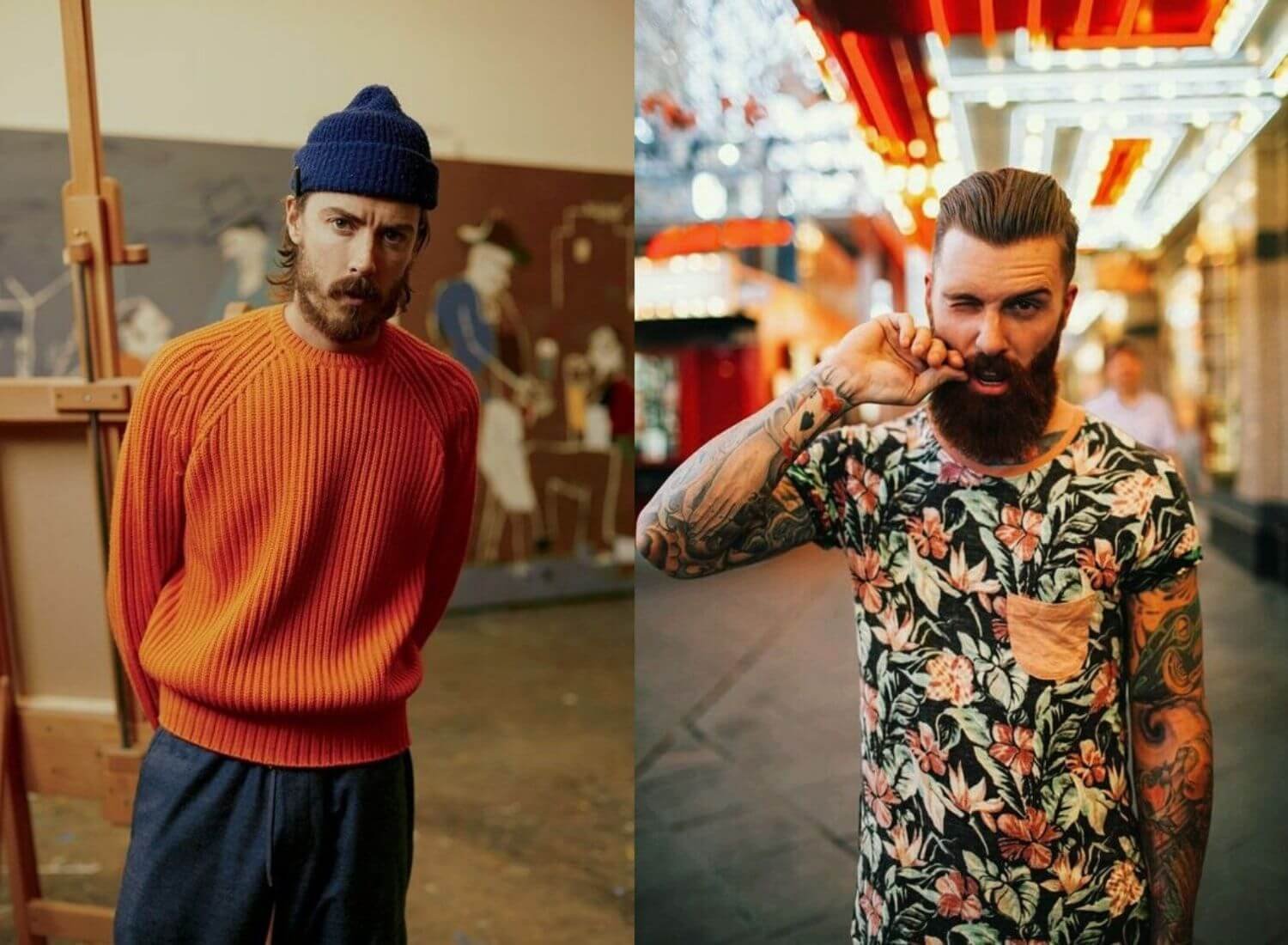 “Hipster fashion”, What is the first thing that comes to your mind when you hear this word? It is Mismatched clothes, unkempt hair, beard, and grunge look. Basically nothing ordinary, right?

Well, hipsters are typically a subculture of men/women who value independent thinking. Hipsters are intelligent, witty people, who appreciate art and indie rock, and believe in progressive politics & counter-culture. The evolution of the hipsters was not an overnight process. It would surprise you to know that the term hipster first appeared decades ago and gradually developed over the years to be what it is now!

Table of Contents show
WHERE DID THE WORD HIPSTER COME FROM?
THE EVOLUTION OF THE HIPSTER FASHION:
1. BREECHES TO MAN SHORTS
2. CLOAKS TO CAPES
3. CORSETS TO CORSETS:
4. MONMOUTH CAPS TO BEANIES:
5. SPATTERDASHES TO LEGGINGS:

WHERE DID THE WORD HIPSTER COME FROM?

The word ‘ Hipster ‘ was used way back in the 1940s. People defined the word in different ways. Although the most common one is that the word ‘ hipster ‘ came from the word ‘ hip ‘ which meant ” in the know.” This term was given to people who had an interest in Jazz music. The English suffix ‘ster‘ was added. Hence, the term ‘Hipster‘ was coined. It actually referred to “people who liked hot jazz “.

The young hipster people enjoyed their life with music, lived an upper lifestyle as compared to the rest of the hipsters, they even got involved in the use of cannabis and other drugs. They also embraced a relaxed attitude towards life with sarcastic humor and indifferent behavior.

THE EVOLUTION OF THE HIPSTER FASHION:

Let’s see a few pieces of clothing in link with the colonial times and how the evolution of the hipster fashion style took place.

Breeches were a standard everyday attire for European and American men in the 16th and 18th centuries. The length varied, but they went unseen due to the long length of the waistcoats. The Colonial Williamsburg explained that the breeches became tighter to reveal the shape of the leg. These were worn among all levels of the society, especially to impress females or fellow people.

Now breeches have vanished. However, man shorts have arrived! It is comparatively easy to wear and is damn comfortable too.

From Carry Underwood at the Music Awards (2015) and Diane Kruger at the German Film Awards to Mandy Moore at the Golden Globe Awards (2017),  Chrissy Tiagen at the Grammys, and Rihanna at the Dior Spring 2016 runway show,  women in capes have been making bold statements.

If you go back in time and look at the hipster fashion, this piece of clothing was very much in vogue. They came in two forms – capes & cloaks.

Swirly, magical, flowery outer wears that could take away anyone’s breath! These were primarily for women, which according to Williamsburg, was a protective outer clothing fastened at the center front than that of a cloak. Cloaks, on the other hand, were longer, exaggerated capes which were worn both by men and women . Capes boast a romantic look. The dashing silhouette had and still has its very own charm.

Corsets are a close piece of clothing that can be stiffened in different shapes according to a woman’s torso in order to keep in style the fashionable trend of the 19th century.

According to the Colonial Williamsburg, corsets “did much more to support the body and remind one of good posture than they did to cinch the waist.” The shape of corsets kept changing from Renaissance / Baroque, 18th century, to late Georgian period, Victorian Era, Edwardian Era and 1920s to 50s until today.

Thanks to the Kardashians of course, to continue with this hipster fashion trend. It is being worn in a number of ways- over t-shirts by Kylie Jenner / Gigi Hadid, mixed with knits by Kendall Jenner, or over a dress by Hailey Baldwin!

In the 17th & 18th centuries, small knitted woolen caps were worn by sailors, laborers, and slaves. The name ‘Monmoth or Monmouth ‘ is derived from one of the England’s port cities and its involvement with seafaring. The sailors and laborers knitted caps as a pastime. And this helped them to earn some additional income too. However, Monmouth Caps play a crucial role in the evolution of the hipster fashion.

Today, Monmoth caps are named Beanies. These beanies are worn in a much fashionable way. It is paired with jackets, blazers, boyfriend jeans, T-shirts (by both men and women). Rihanna, Taylor Swift, Selena Gomez, David Beckham, and Robert Pattinson are seen rocking the beanie trend like a bomb!

As we read earlier, breeches came only till the length of the knee. Hence, another covering was required for the rest of the leg for warmth and protection. Leggings covered the leg from a few inches above the knee to the tip of the foot. It was mainly made of wool, leather, or linen cloth. Leggings or spatter dashes were worn by military men, sporting gentlemen, and laboring men.

In today’s time, leggings are worn by women only. It is a skin-tight garment that covers the whole leg. It is mostly made of lycra, cotton, or nylon. Leggings come in a variety of colors and designs. Gigi Hadid, Kendall Jenner, Selena Gomez, and Amanda Seyfried are just a few of the whole who have been pairing leggings with their outfits.

And they are doing complete justice to those outfits!

The fashion industry and the media are always looking for the next big trend. Hence, they have been quick to follow up with the evolution of the hipster fashion trend.

Hipster movement has been iconic and different. If you ask me ‘How long will this trend remain’? I’d say,  ’till it does not reach its saturation point’.

People have gone completely gaga over this trend! And why not? It started a long time back and will continue to stay for a longer time.

What if you could live in a world where everything was possible? Not only that, suppose you could control your surroundings and make whatever...
Read more

Autism, what you get to imagine when you hear this word? More often a mental disorder, or a genetic neurodevelopmental condition that's tough to...
Read more

This is story of a six-year-old girl named ' Suzanna Goodin- Inventor Of Edible Spoon 'Suzy a resident of Oklahoma had two cats at her...
Read more

A good backpack will complement your looks. However, other than the design, there are a couple of factors you need to consider, especially when...
Read more
Previous articleWomen Take a Note – Say no to High Heels!
Next article11 Fashion Facts That You Have Never Heard Of Before!

What Do You Know About The Origin Of These Popular Phrases?

The Story of the Only Existing Brown Panda in the World