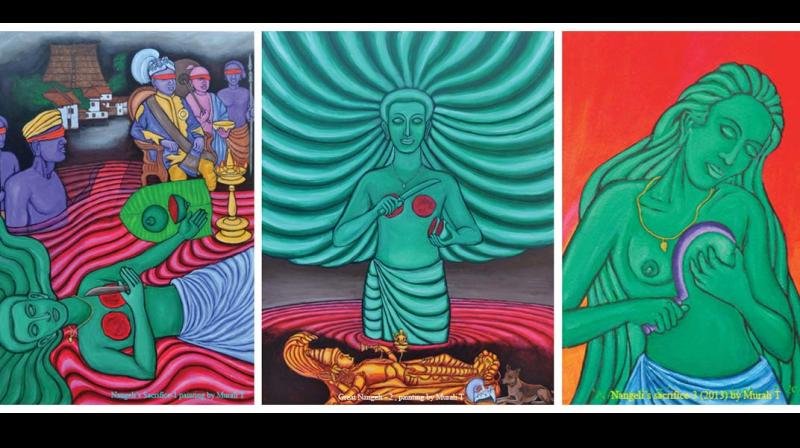 The Rigid Caste system of India tried to cripple and oppress the lives of lower caste people in several ways.  Breast tax or Mulakkaram was one such tool which was employed. Brahmins levied this tax on lower caste women if they wanted to cover the upper part of their body. This was practiced in the Kingdom of Travancore over three hundred years ago.

We should know about Nangeli, a sagacious woman who sacrificed her life for the abolishment of this horrendous tax system. Nangeli was born into a caste which was considered to be low. She decided to confront the situation in her own way. She neither paid the tax nor left her chest uncovered. When the village officer repeated asked her to pay the tax, she chopped off her breasts with her own hands and presented them to him in a plantain leaf. invariably, the officer was horrified at the spectacle. Nangeli died the very day, bleeding to death.

Read Also – 5 Traditions Around The World Related To Menstruation That Will Make You Cringe!

On looking at her mutilated body, her husband jumped into her funeral pyre. This tax was levied on lower-born women. the girls who stepped into adolescence were taken into account. The amount they were forced to pay was calculated by high-born men who ogled at them. The lower-born women lived a life of great turmoil and agony, neither being able to pay the tax nor being able to cover their bosom. Nangeli’s sacrifice let to protests which eventually led to the tax being annulled.  She has etched an indelible mark in the history of India.

The village she lived in is called Mulachiparambu, meaning the land with breasted women.  The Legend of Nangeli lives on to remind us of her sacrifice which saved the lives of many more women.

Read Also – These Strange Torture Tactics Would Take You By Surprise!

Effective Ways to Deal with A Rude Person