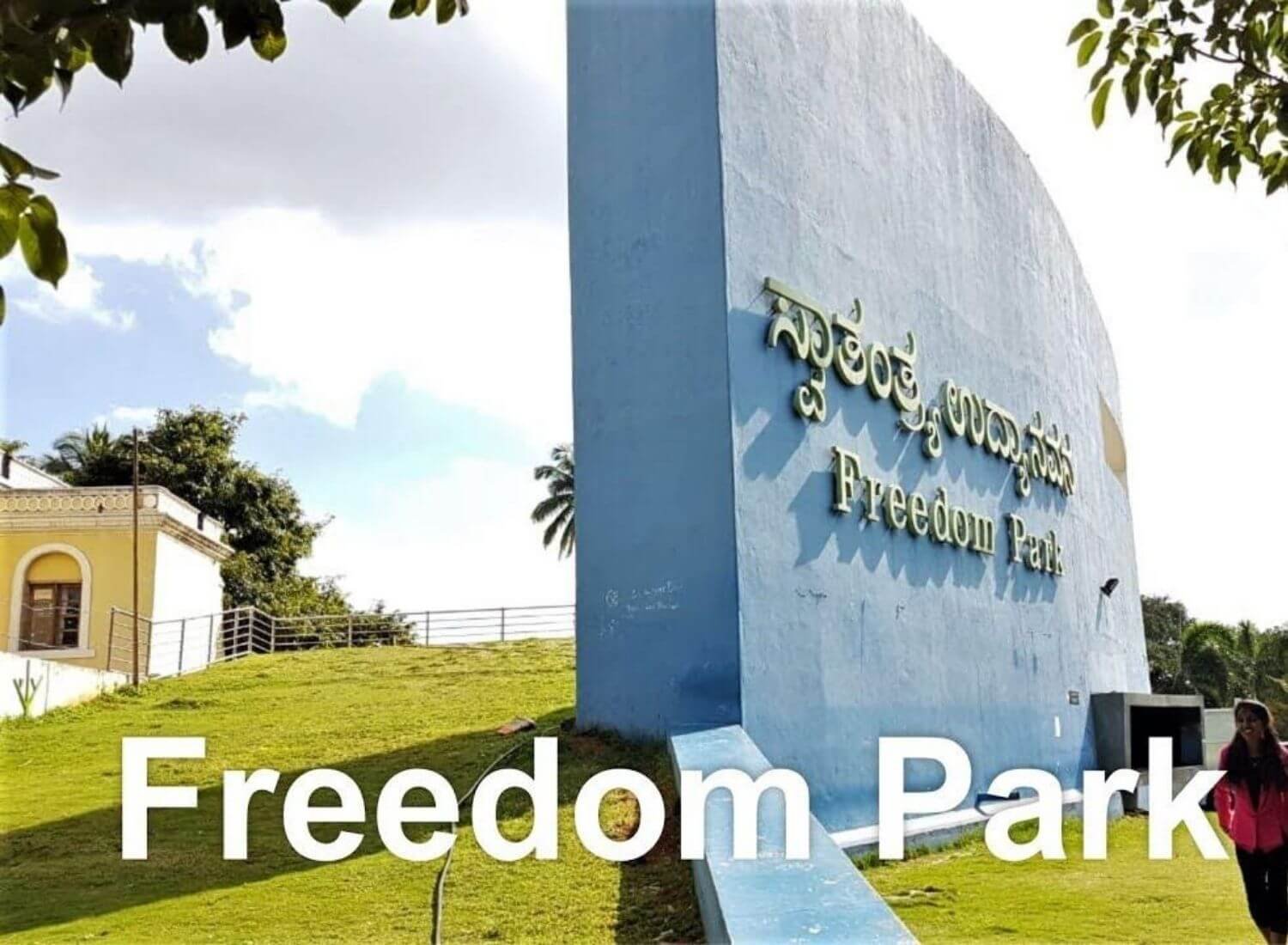 Table of Contents show
Freedom Park
The Irony of this park’s name is what makes Freedom Park more beautiful.

India is known for the unique way in which it got its Independence from the British rule. It was the only country that used non-violent methods to ward off the cruel colonizers from the country after 200 odd years of suppression and struggle. Many places in India are iconic for the historical importance and reference they hold with regard to Independence. We all know of the Jallianwala Bagh Garden, it is known for the atrocity that happened over there. But, how many of us here do know the significance that the ‘Freedom Park’  situated in Bangalore holds historically and culturally?

Freedom Park is famous for all the rallies and non-violent protests that happened against many social issues in the past, especially at the time of Independence. But, there is a reason why it is called Freedom Park. And the name might actually have a lot of irony to it.

Previously, the park was the Central Jail during the times of the British Raj. Many freedom fighters were jailed at this venue during the ‘State of Emergency’ that happened in the year 1975.

Atal Bihari Vajpayee, LK Advani, Lala Lajpat Rai, etc were some well known people who got arrested and were kept in jail here. During those non-violent protests against social evils, the number of freedom fighters that got arrested were in such a great number, that more jails had to be built to keep them all together at the same time. That was one of the main reasons why the Central Jail in Bengaluru was built.

The Bangalore Corporation officials worked on the restructuring and remodeling of this park for over eight years starting from the year 2006. The project to redesign this 22-acre jail. And the contract was given to Matthew and Ghosh. 5 acres of the park today is entirely dedicated to protests and rallying against any social evils or issues, or is used to hold social meetings and gatherings.

The architects have restructured the park in such a way that, many aspects of it still reminds us of the Jail that it previously was. The spaces close to the then Central Tower is now dedicated to art galleries, museums, and performance stage.  The other segment of the area is dedicated entirely for the park, which has a children’s play area, swings, space to exercise, go for walks, and green spots to sit and enjoy the Bangalore weather with a hot cup of coffee!

The Irony of this park’s name is what makes Freedom Park more beautiful.

This was a place where people got arrested for demanding basic human rights and freedom. This was an arena where no one dared to even utter the word ‘freedom’. And now, this is the same arena that has become a platform to voice out opinions and criticism against a lot of social evils that are prevalent in our society today.

Freedom Park has seen a lot of protests and rallies ranging from Anna Hazare’s India Against Corruption (IAC) to the very recent protests where feminists all across the city came out to voice out their opinions about the molestation that happened on New Year’s night. The city of Bangalore(Bengaluru) has seen the power of millions of youngsters coming and voicing their unadulterated opinions and unminced criticism for every social wrong in this freedom park. And that is what I think truly shows the tribute, respect and gratitude that we carry for the brave freedom fighters who were jailed in this very place called Freedom park now, 2 centuries ago!

So readers, next time you come to Bangalore, Koramangala and the pubs aren’t the only places you should be visiting! Do visit the Freedom park and reminisce the glorious history.

This is about the technologies in World War I, one of the deadliest conflicts in the history, which is also known as Great War....
Read more

Wouldn’t you be infuriated if you went to a 5-star restaurant, order soup for starters and once it was served, you found a fly...
Read more

One of the most significant factors that can be an indicator of overall health is your diet. What foods do you consume regularly and...
Read more
Previous article
Two Indian Classical Dancers Who Danced Their Way To Fame
Next article
Rava Idly! Here Is An Interesting Bit About The History Of It That You (Probably) Never Knew!