Is Fat Tax A Fitting Reply To Obesity? Read On To Know 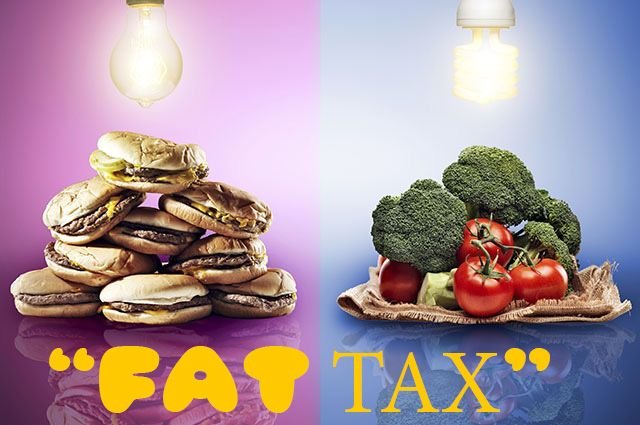 Denmark was the first in the world to ban Trans Fat in 2003.

It was also the world’s first Fat Tax, after which a lot of countries followed suit.

Everything from butter, cheese, cooking oil, animal produce cakes and cookies were taxed. The fat tax is 16 kroner per kilogram of saturated fat.

Table of Contents show
1 Why Is There A Dire Need To Increase Fat Tax?
2 So, Was Fat Tax Really The Answer To Obesity?
2.1 image source
3 Leave your vote

Why Is There A  Dire Need To Increase Fat Tax?

The obesity rate of Denmark is about 13.4%, which is much lower than anywhere else in Europe.

Unfortunately, America has not seen such lower obesity rates since 1970’s. But, the obesity rate amongst Danes has increased over the decade.

Taxes were imposed in order to bring down the obesity rates by 10%. It would reduce the cost of illness from diet-related diseases.

The life expectancy of a Dane is 79 years on an average, which is at least 2 years lower than Japan or Iceland.

By reducing purchase and consumption of fatty foods, the government wished to increase the life expectancy amongst people. Apparently, this intervention led to more economic drawbacks than positive effects.

Let us see the positive effects first. The intervention leads to a small but significant decrease in deaths from health disorders due to faulty dietary practices.

Data suggest that increased fat taxes could have saved 123 per year, 76 of them being under 73 years of age.

So, Was Fat Tax Really The Answer To Obesity?

However, what the government missed was that this intervention only caused individual behaviour changes. It did not make a behavioural change to the producers that make and market unhealthy foods.

The producers out-run the government by finding alternatives to packing in the taste with reduced saturated fat. They increased the salt content in their packed foods. This ultimately nullified the reduced fat intake benefits.

The taxes also didn’t succeed at changing the way people ate. The locals started outsourcing cakes, cookies, and all fatty food across the borders of Germany and Sweden. Imports seemed cheaper, as these foods cost more back home. This only caused huge loss to the Danish economy.

During the period that the Fat Taxes were being charged, 1300 Danes lost their jobs.

Also, there was a 10% increase in the administrative costs.

Denmark decided to call off the Fat Tax just after a year in November 2012, due to the humongous failure.

According to reports, Oliver Mytton, a researcher for the British Heart Foundation’s Health Promotion Research Group, suggested that the tax was low petty to make a difference to the pockets. Junk food should be taxed 20% to make a real difference in the rate of obesity and cardiovascular disease.

This should be accompanied by subsidized healthy foods to ensure guaranteed results.

8,359FansLike
2,100FollowersFollow
223FollowersFollow
Previous articleThe True Story Behind The First Ever Thanksgiving Meal!
Next articleHere’s Every Thing You Need To Know About Cancers And Oncology

Have You Ever Seen A Moonbow Aka Rainbow?

5 Ways To Clean Your Makeup Brushes