Ever Wondered Why Donuts Have Holes In The Center? 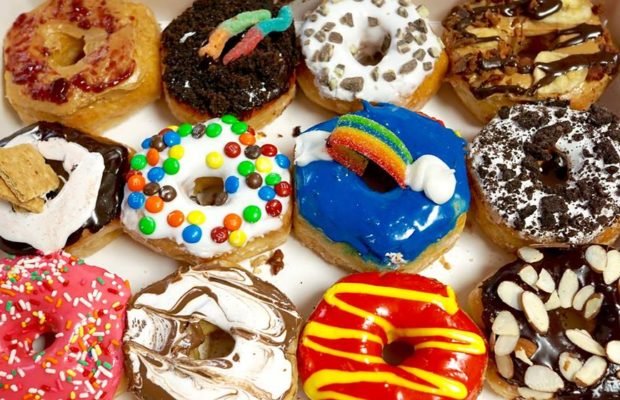 Donut, sometimes called as the doughnut, is a yummy mouth-watering dish which is made up of fried dough. They come in a huge variety of flavors, sizes, and shapes. The common thing in all types of donuts is the primary sugar-coating. The major difference occurs in the toppings. The US celebrates World Donut Day every year on first Friday of June.

Read Also: Here’s The True Story Behind The First Ever Thanksgiving Meal!

The most common type of donut is one with a ring shape and a hole in its center. But have you ever wondered what the purpose of that hole is, or what is the sense behind it?

There are many theories that explain the reason behind a donut’s hole. One of them is proposed by Mr. Hanson Gregory.

He was a mariner, who spent most of his time on the ship. When he invented donut’s hole, he was just 16. But the idea landed in his mind as a result of the consistent and boring donuts served on his ship. The donuts remained crisp at the edges but lumpy and greasy from the middle. Then, Mr. Hanson suggested that if we create a hole in the middle by punching, all surfaces will be evenly baked during its cooking, also the whole donut will be crispy and crunchy.

The hole enables proper and even cooking of the insides of the donut and thus helping to serve a perfectly crunchy, non-greasy donut.

We all know that in almost all of India the society in nature is Patriarchal. Even most state governments follow the patriarchal form of...
Read more

Victoria's secret is one of the most renowned and the glamorous brands to ever exist. Very few people know how it actually came into...
Read more

Sex chat with strangers can be an exciting and interesting experience. It's a great way to explore your fantasies, broaden your knowledge, and learn...
Read more
Previous article
Here Is The Device That Measures Beauty
Next article
The Name Game: Hurting Your Career In Search Of Uniqueness