Complete Guide On How To Play Andar Bahar Game 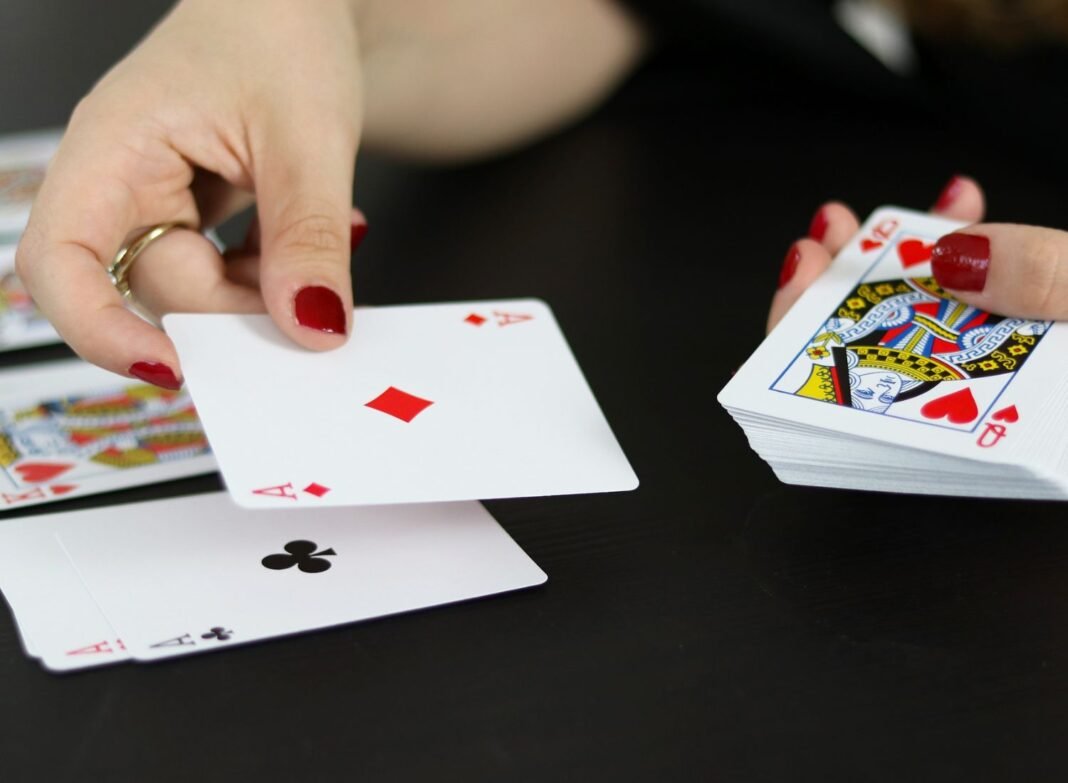 Have you ever heard of Andar Bahar? It is a popular Indian card game. The game is said to date back to the 16th century and is believed to have originated in Persia. The game is played with a standard pile of 52 cards and can be played with anywhere from 2-10 players. In India, Andar Bahar is a very popular game which is also known as Katti. The game is very easy to learn and only requires a basic understanding of numbers. This article will provide a complete guide on how to play the Andar Bahar game. The game’s objective is to guess which position the black Jack will come to after all the cards from both sides are dealt.

How to play the Andar Bahar?

Start by sitting around a table with at least two other people. You will need one person to be the dealer and the other players can bet on any of the sides between Andar and Bahar. The dealer will then put a single card in the middle of the table and this is where the game starts.

The objective of the game is to guess which side (Andar or Bahar) will receive the next card from the dealer. Players can place their bets on either side before each card is dealt. If they guessed correctly, they would win an amount equal to their bet.

To start playing, each player must put up an initial stake (the “ante”). After that, the dealer will shuffle the cards and give one at a time to every player. The player who is on the left side of the dealer will be dealt the card first and it dealing will continue in a clockwise direction.

To win, you need to correctly guess which side the next card will be placed on. If you guess correctly, you double your money and if you guess wrong, you lose your stake. The game continues until all cards have been dealt and whoever has the most money at the end is the winner!

The benefits of playing Andar Bahar

The game of Andar Bahar is native to India and is centuries old. The game is simple to understand and easy to play, which makes it popular among all age groups. Andar Bahar is a gambling game that can be played for money or for fun.

One of the main benefits is that it is a great way to relieve stress and relax. The game can also be used as a form of entertainment for family and friends. Additionally, playing Andar Bahar can help improve your mathematical skills as well as your concentration levels.

It is a popular card game that originates in India. The game is simple to learn and can be played with a regular stack of 52 cards. This Indian card game involves gambling, so there is always the potential to win or lose money when playing. But, once players use different tactics they can win the game.

One important strategy for winning Andar Bahar is to bet on the side that has more cards. This may seem like common sense, but it’s often easy to forget when the game is moving quickly. Another strategy is to keep track of which side has been winning the most hands. It’s not uncommon for one side to have a streak of luck, so betting on that side can be profitable.

Of course, no strategy is guaranteed to work all the time.

Some common mistakes made while playing Andar Bahar

There are a few things to keep in mind while playing Andar Bahar in order to avoid making common mistakes.

Andar Bahar is a relatively simple game that can be enjoyed by people of all ages. It is a great way to pass time and can even be used as a betting game in some cases. Although it is often associated with gambling, it can be played for free as well. With a little practice, anyone can become a master of Andar Bahar. There are many benefits to playing the Andar Bahar game. For starters, it is an excellent way to sharpen your math skills. The game also helps develop strategic thinking and planning skills. It is also a great way to socialize and have fun with family and friends. If you are looking for a fun and challenging card game, then we highly recommend giving Andar Bahar a try. You won’t be disappointed!

Learning a second language, more often than not, seems easier than it is. One has to swim through a swamp full of complicated grammar,...
Read more

Know About The First Ever Car Accident

According to the current Global statistics, over 1.3 million deaths occur per year, and around 20-50 million people are left injured or disabled due...
Read more

India is a land of customs, traditions, and beliefs. We follow them anyway because it is in our blood. We often do hear a...
Read more

The first day at school is nerve-racking for children and parents. In many cases, this is the first time you will have been separated...
Read more
Previous article
What Are The Winning Tricks In Andar Bahar Game
Next article
5 Comfortable Everyday Activewear Styles

How to be the Ultimate Sports Fan in 2020

Surprising Health Benefits Of Including Red Wine In Your Diet!

The 6 Most Profitable Online Casino Games To Play In 2022