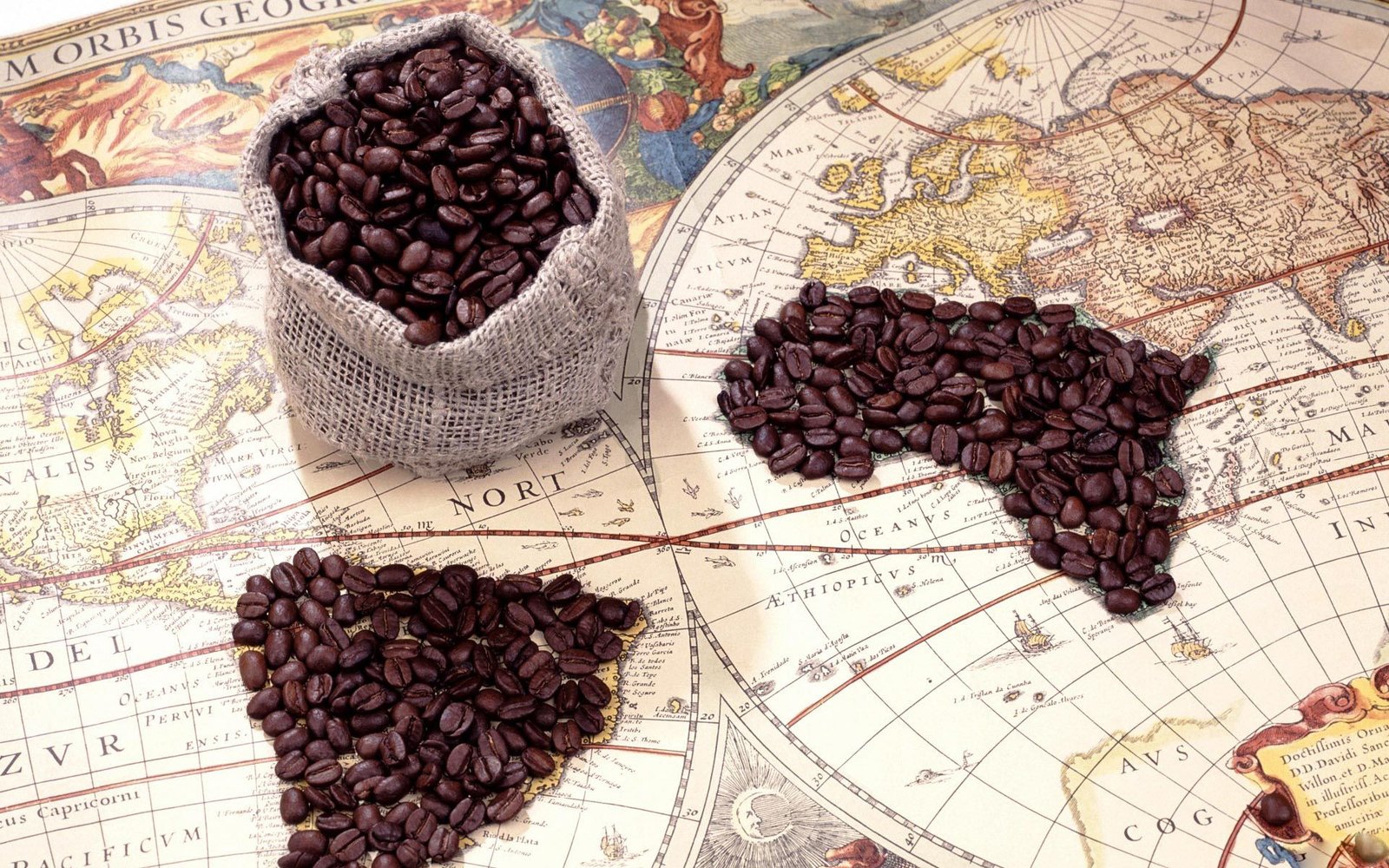 Table of Contents show
Origin of Coffee
There’s a very interesting tale associated with how coffee was first discovered.
The story doesn’t end here.
Arab traders loved these beans too and took them back home.
With so many pilgrims visiting the Holy city of Mecca, coffee managed to entice its guests and found its way all across the globe.
Their attempts to plant coffee in India failed. However, the Indonesian environment conditions were conducive to it.
image source

Is there anything better than the robust aroma of a perfect cup of coffee to pick you up on a dull afternoon?

What more do you need to get you up & at’ em from the night’s peaceful slumber?

Oh! and those all-nighters while working on a project deadline. Or maybe to burn the light to score a little better. What is it that keeps you going? Coffee!

There’s a very interesting tale associated with how coffee was first discovered.

It was discovered at the Ethiopian Plateau by Herder called ‘Kaldi’ in the 11th century.

As he left the goats for grazing in the mountains, he noticed them portraying a very odd behavior.

They seemed very hyperactive. Later that night, the goats refused to sleep. He then noticed that they were feeding on some red berries. He tried those berries himself and felt elated.

To share the news of his new discovery, he took them to the nearest monastery.

The chief monk was petrified of the news and despised Kaldi. He termed the berries as the Devil’s work and threw them in the fire.

As a matter of fact, this was the beginning of the journey of your beloved coffee.

A rebellious monk who was intrigued to know more about the berries, took them out of the fire as they cooled. He mixed them in water and Viola! You have your first ever Cuppa.

Coffee helped the monks to stay up all night for chanting and prayers.

The word spread like fire. People from the other end of Ethiopia came in search of these miraculous berries.

The Galla Tribe particularly feigned interest in these berries. When they laid their hands on them, they cooked it with clarified butter (ghee) to make energy bars.

The warriors depended on their bars for energy boosting snack. Similar bars can be still found at Kaffa and Sidamo, in Ethiopia.

Arab traders loved these beans too and took them back home.

In the 14th century, the Arabs planted the coffee beans on the Yemeni land. They called the brew ‘qahwah’, which literally means that ‘which prevents sleep’. It was also known as ‘Wine of the Arabs’.

From Yemen, the coffee beans entered the Turkish town. Istanbul, the capital of Turkey, enjoyed this beverage in its own special way. The Ottoman Turks added cinnamon, star anise, cardamom, and clove to the drink.

By the 16th century, coffee was a part of every household across Persia, Egypt, and Syria. Also, a number of coffee houses opened up all over Arabian Peninsula. They were known as ‘Kaveh Kanes’, also referred to as ‘School of the Wise’.

They were an important center for socializing. And meetings were held over cups of coffee for prayers, remembrance of the Almighty, singing, etc.

With so many pilgrims visiting the Holy city of Mecca, coffee managed to entice its guests and found its way all across the globe.

The European traders took these aromatic beans with them to Venice. Coffee was accepted by England, Austria, France, Germany, and Holland, after seeking the Pope’s approval.

Further, in the mid-1600’s, Britishers introduced coffee to New York.

Although it was now becoming famous with most around the world, the Americans still preferred their good old tea.

However, only after the revolt against a heavy tax levied on tea by King George III in 1773, famously known as the ‘Boston Tea Party’, did the Americans develop a taste for coffee.

To support the flourishing demand for coffee and set up a great industry, the Dutch tried to plant coffee at different locations.

Their attempts to plant coffee in India failed. However, the Indonesian environment conditions were conducive to it.

The first successful attempts were made at Batavia, an island of Java in Indonesia. Later, the Dutch expanded their plantations to islands of Sumatra and Celebes.

It was successfully grown across various tropical zones all over the world. It remains the second most exported commodity in the world till date.

At some point in our lives, we all feel that some strangers feel so familiar or we think that we have seen them somewhere.This...
Read more

Productivity And How It Affects Our Self-esteem

Despite having a good day we sometimes feel an itch at the back of our minds when the realization of having pending work or...
Read more

Need Those Toned Abs? Try Out These Exercises!

Workout specially for Toned Abs:-As promised, we are back with some great workout moves for your six pack abs!So, let us come to workout exercises...
Read more

A good backpack will complement your looks. However, other than the design, there are a couple of factors you need to consider, especially when...
Read more
Previous articleFollow These YOGA Asanas And Keep Your Back Fit And Fine
Next articleDo Dogs Dream? Read On To Know The Answer

Your Bad Day Follows A Mechanism, Here’s How To Avoid One!