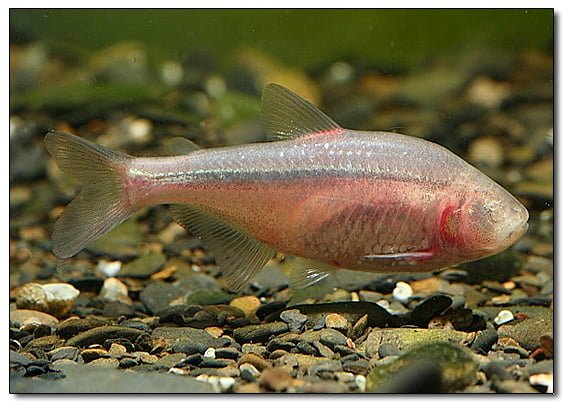 Diabetes is a condition in which the patient has high blood sugar levels. This disease affects nearly 30 million people only in the U.S. alone. There are many ways to cure the disease. Still, the scientists are still trying to find the best way to cure this disease. Thus this blind cave fish found in Mexico comes to mind to find out a cure for the disease. The secret cure for diabetes is Blind Cave Fish.

Researchers at Harvard are studying the fish. They are trying to learn how they may be able to combat the condition in humans. The findings have recently been published in the journal ‘Nature’. The findings show that the fish have a unique way of adapting and regulating their blood sugar levels.

These fishes have a high blood sugar level and insatiable appetites but still, live a very healthy life. So scientists are trying to find out how the fish do so. Maybe the blind cave fish may have the cure for diabetes.

By using a gene sequencing tool called the CRISPR, the findings prove that the fish have genes that are resistive to insulin. Insulin is a substance that converts blood sugar into energy. Thus keeping our blood sugar levels under control.

Diabetes type 2 usually occurs only when the insulin secreted by the body is not enough or does not function correctly. Thus resulting in high blood sugar levels.

The fish also experience high blood sugar levels but that does not affect the fish. A previous study in the fish has found out that the fish has a gene that helps it store fat for times when there is a scarcity of food. Though this condition is very dangerous in humans but is very helpful for the fish. So that the fish can easily survive in caves that do not contain an abundance of algae which are their primary food source.

The researchers also compared the fish to a river fish with a sight that also has the gene resisting insulin. Both the fishes have an equally long lifespan. Hybrids of both fish were made in the lab. The gene resistant to insulin was also in the hybrids.

So through better understanding and study, we may be able to find a permanent cure for diabetes from these blind cave fish.

Candles, while a great idea to refresh and beautify your home decor, are often packed with additives and preservatives. These hazardous chemicals can give...
Read more

Languages differ by the way they form new words. The Japanese writing or language is known to be agglutinative. It means, it forms words by...
Read more

Lashes make everything better! A Mascara will never disappoint you when it comes to your eye makeup. Everyone loves it because of the bold and...
Read more

Planning a wedding is an exciting time. You’ve probably been excitedly chatting about an abundance of ideas you’ve both has since the engagement, and...
Read more
Previous article
Six Indian Food Items You Bet Are Indian, But Are Not!
Next article
Mysterious Underwater City in Qiandao Lake Of China