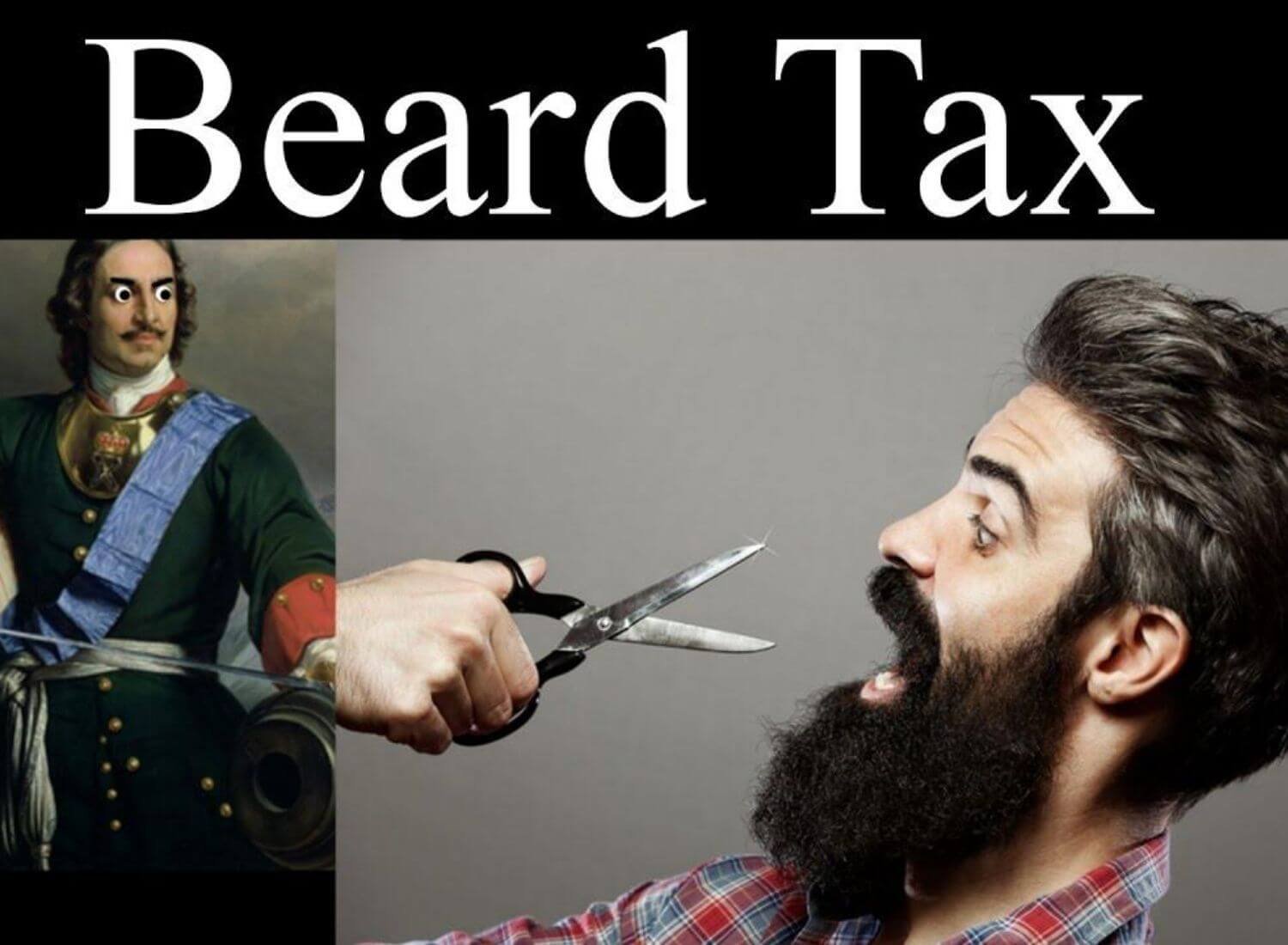 Beards are the trend of this decade. Not only are they a symbol of masculinity, but also of attractiveness. Who doesn’t love a great, dashing beard?! But what if someone from the 16th century comes up to you and say, “Hey, shave that off! Or you will have to pay for it…” (Literally, pay for it)? Beards have been in fashion for a long time. The long thing that changes is the style of keeping beards. Beard was and is kept by man on and off, as following the trend of the era they live in and their surroundings.

The 16th century England went through a tumultuous period of change.

King Henry VIII during his rule, shut down the monasteries and declared himself the head of the Church. A huge amount of money was collected from the destroyed monasteries and all of that went into the royal treasury.

But it seems as if the King wasn’t happy with all the wealth he had accumulated. So, he went on and imposed many taxes on his subjects. But, no one was prepared for the weirdest of all taxes. The Beard Tax.

King Henry VIII imposed on all the (handsome and not- so handsome) guys, a Beard Tax! Now, as if the tax in itself was an odd one, but then something more was done to make it even odder. The King, who imposed a tax on beards, was himself a bearded man! So much for more taxes and more wealth in the treasury…

However, England wasn’t the only country who suffered from the burden of this unnecessary tax. Russia was next, and the tax and its responsibility made a grander comeback this time.

It was in the year 1697. Peter the Great, the Tsar of Russia, Tsar is the word used for emperors or kings in Russia. He decided to tour Western Europe. He witnessed the fashion that was being followed there and decided that now was the time for Russia to change. According to him Russian needed some reforms and now was the right time. So he got inspired to follow the same trend of beard and the beard tax from Europe. And his decision was so quick that the moment he returned to his homeland, the first thing he did after greeting his ministers was pulling a razor and shaving the beards off their faces!

No one actually dared to stop him, and the result was even more amusing. Anyone who was sported a beard in Russia was charged with 100 rubbles (That was a big amount back then). And it was not easy for everyone to pay.

And that act wasn’t enough, he even designed a different currency for the one’s with beard. People who paid the beard tax because of the beard they possessed, had to carry a special coin around with them all the time. Interesting phrases were inscribed on both sides of the coin.

One side of the coin said: “The Beard Tax Has Been Taken”. “The Beard is a superfluous burden” was mentioned on the other side. So much for turning a country into a modern one. People were told and encouraged for not keeping beards. And were even rewarded with various benefits and honors from the King if they remained clean shaved. The King of Russian actually didn’t have any idea to do this he just got inspired from another country.

However, do not fret! These taxes do not apply in the 21st century. And you should certainly thank your stars for that, shouldn’t you?

"Hipster fashion", What is the first thing that comes to your mind when you hear this word? It is Mismatched clothes, unkempt hair, beard,...
Read more

Planning a wedding is an exciting time. You’ve probably been excitedly chatting about an abundance of ideas you’ve both has since the engagement, and...
Read more
Previous article
Now, You Can Legally Marry A Dead Person In This Country!
Next article
The Mandela Effect: Nelson Mandela’s ‘Death’ In 1980s Gave Rise To A New Phenomenon!

This Country Has The World’s Largest Family