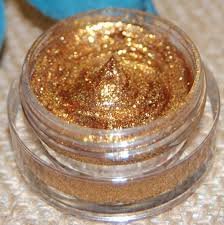 The fear of gold and golden things abbreviated as AUROPHOBIA. So to all the readers out there, have you ever thought that something which provides the world’s major source of wealth to all the people out there can be a phobia too? Obviously not. Now before getting into AUROPHOBIA, I would be glad to define the term PHOBIA. It’s oblivious that it is related to some kind of fear which can be from or of anything. It would be way too interesting to know that how people can have such strange fear of GOLD and GOLDEN things.

Okay, so people dealing with such fears may have an inner tendency to dislike the appearance of the golden things. Now you all must be wondering why so? So its way to common that out of one billion plus population people dislike something or the other. There are some who dislike golden things may be due to its shine, its power, its possession and various other reasons. The origin of the word AURO is from Latin which means gold and PHOBIA is a Greek word which means fear.

Talking in biological terms any phobia is either via genetics or via some traumatic events. The causes of anything is with the mutual effects of both the internal as well as the external events. It is said that genetics, heredity, the brain combines with life experience and this plays a major role in the developments of PHOBIA.

Now discussing its symptoms, so aurophobia may lead to dread or extreme anxiety. This would further lead to short breathes, irregular heartbeat, excessive sweating, nausea, dry mouth, inability to articulate words. It differs from person to person on the basis of their level of fear. Thereby in mild cases, it leads to sweaty palms, being cautious, being worried, being jumpy, etc.

So to conclude its way too ironic to know that how the most trivial thing can also scare people. But the one who experiences the phobia are the ones who understand it better as compared to others. Like every other phobia, it’s nothing to spies jokes on. The manifestation of AUROPHOBIA in a person may be mild at its initial stage but may lead to serious problems if not taken so seriously.

Read also- A Beach Which Plays Hide And Seeks With You

A small packet with lots to explore, way too classic with a pinch of colors to drive you to a completely different horizon.