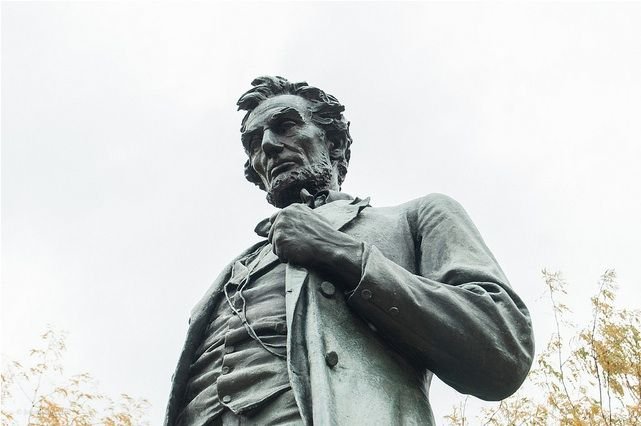 Abraham Lincoln is a famous name. He was the 16th president of the United States of America. The Civil War occurred during his tenure, during which he was able to preserve the Union and abolish slavery. He also assisted in modernizing the economy. For these reasons, he is one of the most well-known historical figures.

But, here’s a lesser known fact: he was also a bartender. Or was he? There has been some controversy regarding this, so let’s clear it up once and for all.

Table of Contents show
Berry and Lincoln
The Debt

Abraham Lincoln was the co-owner of Berry and Lincoln, a store/drinking establishment in New Salem, Illinois, where he lived from 1831 to 1837. He first arrived there on a boat at the age of 22, en route to New Orleans. His boat got stuck there and after visiting New Orleans, he decided to stay in New Salem. There he worked as a store clerk, served in a militia and, unsuccessfully ran for office. In 1833, he opened a small store.

He partnered with his friend, William F. Berry, to purchase a small store. Stores could sell alcohol in quantities greater than a pint for off-premises consumption, but it was illegal to sell single drinks to consume at the store without a license.

In March of 1833, Berry and Lincoln were issued a tavern or liquor license. Stores that sold liquor to consume on the premises were called groceries at the time.

Read Also: Beer Is Not Just An Alcohol! Read On To Know Its Superb Uses

The foray into the world of booze was short-lived, however. Berry was apparently an alcoholic and would drink while working in the store. Lincoln spent more time dealing with customers and his down time reading. Eventually, they fell into debt.

In April 1833, Lincoln sold his interest in the store to Berry and was appointed Postmaster of New Salem on May 7th, 1833.

Berry died two years later, and Lincoln assumed the debts from the business. In fact, it wasn’t until Lincoln was a congressman that he was able to pay off the whole debt.

Once he got into politics, Lincoln denied selling alcohol by the drink. So now, was Lincoln a bartender? Nope. He just owned a store that sold drinks!

Read Also: Here’s The True Story Behind The First Ever Thanksgiving Meal!

Story Of The Pink Lake Ever seen a pink lake? Wait a while, take a deep breath and let it out, yes it actually exists....
Read more

Cartoons :-  a simple drawing showing the features of its subjects in a humorously exaggerated way, especially a satirical one in a newspaper or magazine.  a...
Read more

Mukbang and ASMR eating has been the ongoing trend of this "new generation," which is usually on the phone screen, scrolling through social media...
Read more
Previous article
Ever Heard About Seven Natural Wonders Of The World? Here’s All You Need To Know About Them!
Next article
Are You Aware Of Grand Sugar Pink Clifftop Hotel That Looks Like A Castle Cake?

6 Spots to Feel the True Essence of Udaipur

When It Comes To This Cupcake, Everything That Glitters Is Gold