The 7 Most Odd Jobs You Never Heard Of Before! 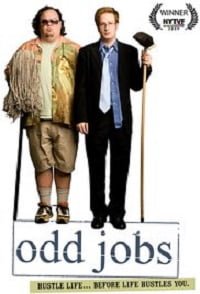 Most of us have had dreams of having the coolest or the best paying jobs in our future, but as wise people have said, “Life doesn’t work that way bub!” People have to adjust, compromise or even work horrible jobs to pay the bills or for experience in your chosen fields but I can guarantee that there are a few jobs that will leave you gobsmacked and wonder why the hell are we still in our current jobs?!

Do not worry it does not actually mean pushing a train but means pushing in or packing in people inside subways during rush hours. As living in India, we all know what traffic can make people feel like or how people cramp around in metros during peak hours! Well, these professionals are part of the Metro personnel whose sole work is to push and safely pack people inside metro trains. Yes, viewers, you read it right! These guys are paid to rudely but safely push people inside metros so that everyone can make it, they also make sure to stop people from getting on already jam-packed trains. In the subways along the packed routes of Grand Central and Times Square, this personnel is nicknamed “pusher” aptly! While in Japan they are called “Oshiya.

Doesn’t this sound like the most thrilling as well as the most pointless job on Earth?! Well, the underwater sea Jules Lodge in Key Largo, Florida is the only underwater hotel in the United States. They have a unique delivery system where the delivery man has to wear a diving suit to deliver pizza to the guests! Talk about multi-talented pizza delivery men!

It’s hard to believe but there is an actual company based in America that creates portraits from the ashes of deceased people! Talk about haunting problems people!

Yes, it’s an actual job and quite an important one as these guys tend to clear out icebergs that may end up in the way of moving ships and ease travel. These guys can thank Titanic for the job!

In Asia and Africa, there are people hired to actually cry and mourn during a funeral and are called “Moirologists”. These guys are considered professionals and quite the loud cries! Tissue anyone?

These guys are paid to watch your car wherever you park and beat up anyone who tries to steal it! We honestly need these pros in India too with our crazy traffic and car thieves!

So, tell us if you know of more odd and oftentimes wacky jobs available and done by people around the World in the comments below!

Read also – Why yummy pizzas are delivered in square boxes?

In America, having $90,000 in debt seems to be the norm. Thankfully, debt consolidation can help you put an end to the vicious cycle of...
Read more

There have been many great love stories in the history of India which have left a significant remark on the lives of thousands of...
Read more

Mukbang and ASMR eating has been the ongoing trend of this "new generation," which is usually on the phone screen, scrolling through social media...
Read more
Previous article
How Important Do You Think Umbilical Cord Is To You?
Next article
The Untold Story Of India’s First Gold Medallist In The Paralympics: Murlikant Petkar

6 Spots to Feel the True Essence of Udaipur

How To Reach Your Fitness Goals With These 5 Healthy Drinks?