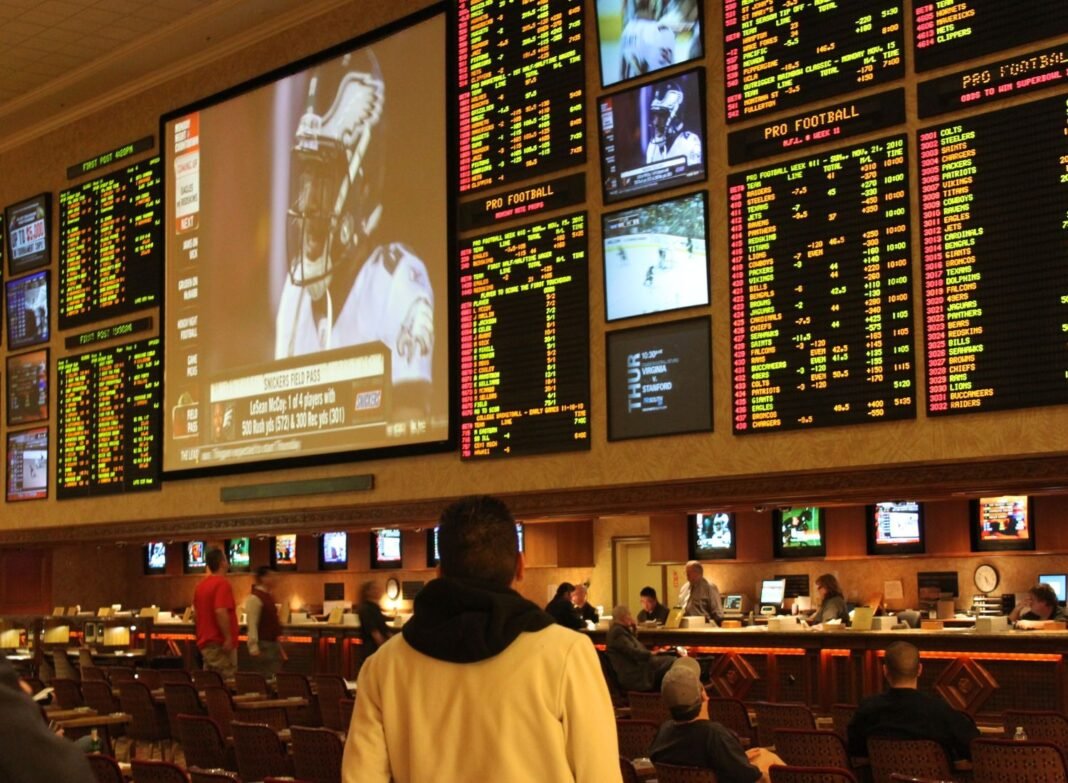 Thanks to the federal repeal of the Professional and Amateur Sports Protection Act (PASPA) in May 2018, legal sports betting is now available to residents of more than 30 states plus Washington DC. We saw seven states immediately jump into action following this decision, as New Jersey, Delaware, Pennsylvania, Mississippi, West Virginia, New Mexico, and Rhode Island all launched sports betting by the end of 2018.

At the time of this writing, there has been over $170 billion dollars in legal bets placed since the PASPA repeal. In 2021, states with legal sports wagering brought in $53 million in revenue.

For the purposes of this article, we’ll look at the five most recent states that have launched sports betting.

Table of Contents show
5 States Where You Can Bet on Sports Legally
1. Kansas
2. Louisiana
3. New York
4. Connecticut
5. Arizona
Which States Will Launch Sports Betting Next?

Not only is Kansas the most recent state to get sports betting up and running, but it was also one of the quickest launches we’ve seen. Kansas Governor Laura Kelly signed the legislation into law on May 12 and just 16 weeks later, sports fans in the Sunflower State were able to place bets.

One of the most interesting aspects of Kansas’ sports betting bill is the fact that a whopping 80% of revenue generated from sports betting will be earmarked to lure a professional sports team to the state.

The Kansas City Chiefs and Kansas City Royals are the most obvious targets, as both teams play their home games in Kansas City, Missouri. The only professional team Kansas currently has is Major League Soccer’s Sporting Kansas City.

In its opening month, Kansans placed $160.5 million in wagers which resulted in just $130,000 in taxes for the state. This is because of the high amount of bonuses bettors took advantage of, with things like the Caesars sportsbook promo code.

Louisiana technically launched sports betting in October 2021, but that was for retail sportsbooks only. Mobile sportsbook apps bring in the most money by far which makes sense as bettors are able to wager from the comfort of their homes rather than drive to specific locations.

This can be illustrated by comparing the total amount of wagers placed in Louisiana with and without mobile betting. In the first three full months (November through January), the Pelican State saw a total of $157.1 million in wagers. When mobile wagering was fully rolled out, bettors in the Bayou placed over $238 million in bets in the month of February alone.

For your Louisiana fun fact, it’s the only state where sports betting isn’t completely legal statewide. Louisiana is broken up into parishes (counties) and each individual parish had the ability to vote on whether or not they wanted online wagering. Nine of those parishes decided against mobile sportsbooks, although bettors in those locations can travel to a legal parish and place bets there.

Similar to Louisiana, New York has had legal sports betting prior to the date above, but only in-person wagers at brick-and-mortar locations were allowed.

When it was announced New York would finally be allowing mobile sports betting, everyone knew the Big Apple would bring in big money. The question was, just how big would it be.

New Yorkers answered with a whopping $1.6 billion in total wagers. With a massive 51% tax rate on mobile wagers, this created over $63 million in revenue for the state in just one month.

With an adult population of less than 3 million, Connecticut holds their own when it comes to sports betting, although there won’t be any eye-popping statistics here.

In fact, the Consitution State saw less money wagered in its first year at $1.5 billion than New York saw in its first month of mobile wagering, at $1.6 billion.

Connecticut also has the fewest number of mobile sportsbooks available out of the five states listed here, with just three: DraftKings, FanDuel, and SugarHouse (BetRivers).

Arizona launched during the first week of the 2021 NFL season and hasn’t looked back. During the first weekend of legalized sports betting, Arizona had the fourth-most transactions across the US, only behind already-established states in New Jersey, Pennsylvania, and Michigan.

Super Bowl 57 is being held at State Farm Stadium in Glendale, and this will mark the first time the Big Game will be played in a legal betting state.

Which States Will Launch Sports Betting Next?

Ohio is the state most people in the sports betting industry are looking forward to. In addition to its rich sports culture, Ohio will be rolling out the largest simultaneous launch in US sports betting history on January 1, 2023. The Buckeye State will be going live with double digit mobile sportsbooks, several retail locations, and hundreds of sports betting kiosks at places like bars, restaurants, and grocery stores.

Massachusetts will be moving forward with a staggered launch, with retail sportsbook becoming available ahead of Super Bowl 57. Regulators are hoping to have its online counterpart ready in time for the beginning of the college basketball March Madness tournament.

We could also see Florida, Maine, and Nebraska launch in 2023, although there are no tentative dates for these three states.

The Truth About The World’s Most Expensive Coffee Will Shock You To The Core!

Coffee is the most favorite beverage that is brewed in every house and is severed the most in all the cafes and restaurants. But...
Read more

As per the 2001 census, India has more than 2 million Hindu temples. Not only different temples, but also different Gods and Goddesses and...
Read more

Cooking Hacks Festival of lights is just a few days away! Are you all geared up? Well! By now, everyone must have started making homemade snacks...
Read more

One of the most significant factors that can be an indicator of overall health is your diet. What foods do you consume regularly and...
Read more
Previous article
24 Reasons Why Caffeine Is Bad For You
Next article
23 Things To Keep In Mind Before Getting A Tattoo