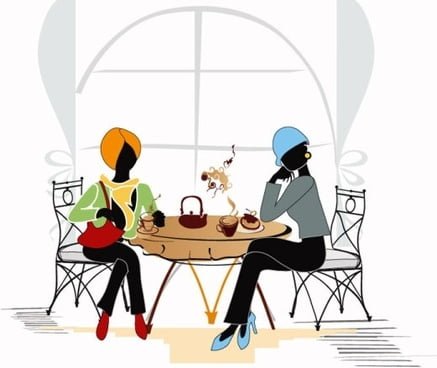 Being a college-goer, I know the importance of a hangout. Here are a few cafes across India, which can be visited for an experience of an entirely different kind. Take your friends, family, and loved ones with you, and I am sure you will return with more than just a full tummy.

How would you like to visit a cafe where paying for your food depends on your wishes? How would you react if your check says that someone has already paid for you?

Welcome to Seva Cafe, where cheerful volunteers usher you in with smiles and hugs. Some more volunteers cook and serve your meal. After you finish your food, you are brought a check that reads, “Your meal was a gift from someone who came before you. To keep the chain of gifts alive, we invite you to pay it forward for those who will dine after you.”

With its belief in “Atithi Devo Bhava” meaning “Guest is God” in Sanskrit, the Cafe gives its volunteers the joy of actual service and also attracts a big crowd. Based on the concept of gift-economy, Seva Cafe offers reason enough to contribute wholeheartedly.

Its first outlet was opened in Ahmedabad, and now it has started spreading love in Bangalore. It is a place where people can easily make new friends and experience togetherness. The owners say, “The idea is to connect with people, exchange ideas and make a change.”

A regular customer admits, “I had thought I would take advantage of them and return without paying anything. However, their service and atmosphere compelled me to not only pay but volunteer the next time.”

All the profits received by the Cafe is used for similar social services.

Thank you, Seva Cafe, for reminding us that not everybody is selfish in this small world!

Read also – Do You Know Which Is The Loneliest 5-Star Restaurant On Earth?

This cafe in the Chetla area of south Kolkata serves continental and French. On the menu, you have apple pie, vegetarian burgers, chocolate cake, falafel with pita bread, hummus and so on. The cafe is open three days a week and can seat around 20 people.

What is so engaging about this you ask? This cafe is run by trainees who are either orphans or differently abled or victims of domestic violence.

Cafe Toto is the brainchild of two partners – the French NGO Life Project 4 Youth (LP4Y) and NGO Tomorrow’s Foundation. With some support from the French Consulate in Kolkata, it was launched to turn underprivileged youngsters into successful entrepreneurs.

The youth crowd, aged between 18 – 24 years, are taught English, IT skills, communication, personal skills and more by French volunteers. The Cafe also caters to home-delivery services.

Launched in 2014, Sheroes’ also does not charge its customers and offers free Wi-Fi. You can pay according to your wishes. It also has a library of contributed books and a boutique that sells apparel designed by one of the five women, Rupa. There is also a corner dedicated to art and craft.

You can try their pasta, burgers, tea, and pakoras. But the best part is the warmth with which you are received and the inspiration with which you return.

We should be really proud of this initiative that fights against discrimination and empowers these beautiful souls. These strong women are the real fighters and the true definition of never-give-up.

Sheroes’ Hangout also has outlets in Lucknow and Udaipur. Also, the profits earned are used for the medical aid of the survivors.

Now, this is what Heaven is like for me! Located in Versova, Mumbai, Cat Cafe Studio is the residence of rescued street cats. All the feline creatures have been neutered and are ready for adoption. Also, the adoption is absolutely free.

The Cafe serves some good coffee, sandwiches and other snacks. Furthermore, one can donate cat food, toys, and other cat-friendly things.

Feline-loving volunteers run Cat Cafe Studio. The food is also pocket-friendly. No, the cats do not jump on your food. They are kept in a separate section.

8,359FansLike
2,100FollowersFollow
224FollowersFollow
Previous articleWhat Is The Reason Behind Placing Flowers On Graves?
Next articleWhy Does Brahma Kamal Bloom Once A Year?