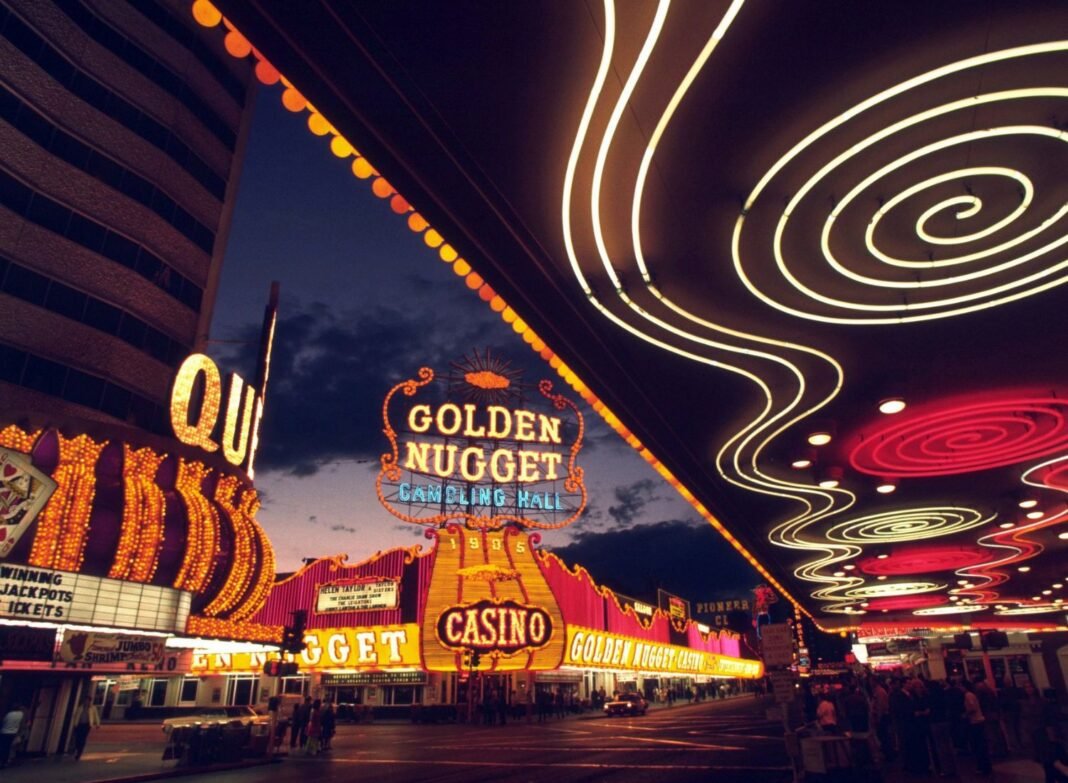 Casino games are a popular form of entertainment in the United States. According to a 2019 survey, about 70% of Americans have gambled at least once in their lifetime. When you put that number into the context of the total population, that is approximately 233.1 million of the 333.09 million that currently reside in the US.

Table of Contents show
A changing gambling landscape across America
What are some interesting facts about casino games in America?
Casino gaming has become popular in Michigan
What does the future hold for gambling across the US and Michigan?

A changing gambling landscape across America

Indeed, there are some states where the activity is considered legal and regulated, with six currently having introduced laws that permit iGaming – casino gaming online. These states include New Jersey, Pennsylvania, Delaware, West Virginia, Connecticut, and Michigan; the latter of these six states being a focus of this article.

With that in mind, it is very easy to see why the gambling market is extremely huge and why America is seen to be an exciting market for many operators who continue to offer these services to punters. Of course, the changes in laws since the 2018 Supreme Court decision to abolish the federal law that had

outlawed the activity nationwide have certainly made the country a potentially interesting option for firms in the future, as many of them continue to watch with intrigue about what may happen.

What are some interesting facts about casino games in America?

Given that there is clearly a strong passion for casino gaming and a favorable market, despite the fact that it still remains a rather controversial topic for some states at the moment, we thought we would point out some of the most interesting facts about the industry and why so much of the population continues to enjoy it.

Here are 10 interesting facts about casino games in America that you may not know.

As highlighted previously, casino gaming activities such as playing slots and poker online has been made legal in a handful of states over the last five years or so, with Michigan playing a key role in showing just how popular the pastime really is for some of the American population.

Indeed, there are a handful of different reasons why this is the case, though. For instance, there is a strong gambling culture within the region, which made passing the regulations a lot easier, while many now participate in wagering activities because they are able to take advantage of a number of benefits being provided.

One example of this is in regard to the Sign Up Bonus offers on online casinos in Michigan that continue to be offered, with punters now able to get extra value for their money with some of the country’s most reputable casino operators when they decide to sign up and play for the very first time.

If you take into account the figures that have been generated across the lifetime of the industry within the Great Lake State – which stands at approximately $1.9 billion – then it is extremely easy to see that there is a positive market for it.

What does the future hold for gambling across the US and Michigan?

With the figures noted above and considering the relatively short time that Michigan has permitted legal iGaming, it would be rather easy to infer that there is a positive future for the Great Lake State. Aside from the fact that the industry has managed to generate almost $1.9 billion, an incredible amount of money has also been raised in regard to taxation for the state.

According to figures provided by Play Michigan, a total of almost $500 million has been generated for state and local governments over the course of the industry’s lifetime, thus providing the region with some much-needed revenues that can then help to further improve the area and the communities that live in MI.

Naturally, it is also then possible to see just how the rest of the US is able to benefit. This is because other states will be able to use how successful MI has been and apply it to their own borders. Of course, there is no guarantee that this is something that will translate completely, although there is every chance that we could see a number of states also enjoy huge revenues. The likes of Pennsylvania and New Jersey are just two prime examples of where there has been a huge amount of success.

With the continued change in perception and the possibility of other states looking to bring in regulations in order to permit the activity – California has Propositions 26 and 27 currently being debated, as well as the evolution of technology and their ability to create some of the best iGaming titles possible to play, then it would seem that the industry is one that can be incredible for the entirety of the US.

Casino games are a popular form of entertainment in the United States and there are many interesting facts about them that you may not know. Whether you enjoy playing slots, blackjack, or poker, there is a casino game for everyone to enjoy.

Additionally, it is clear that there is a bright future for the industry given how popular and successful it has managed to become in places like Michigan. Therefore, America could be about to generate huge success and produce a number of other casino gaming-related facts in the near future, too!

While you go through your daily routine, ask yourself – how often do you enjoy what you do? You may be surprised by the answer....
Read more

You may have visited many museums, and you may have come across many sculptures or portraits or paintings that are decades or even centuries...
Read more

One of the most significant factors that can be an indicator of overall health is your diet. What foods do you consume regularly and...
Read more
Previous article
Which dress to choose to refine your silhouette?
Next article
10 Facts About Israel – The Birthplace Of Jesus

Depression and Natural Remedies to Cope With It